To have a chance at a second NASCAR Cup Series title, it became clear to Kevin Harvick his team was going to have to try something different. 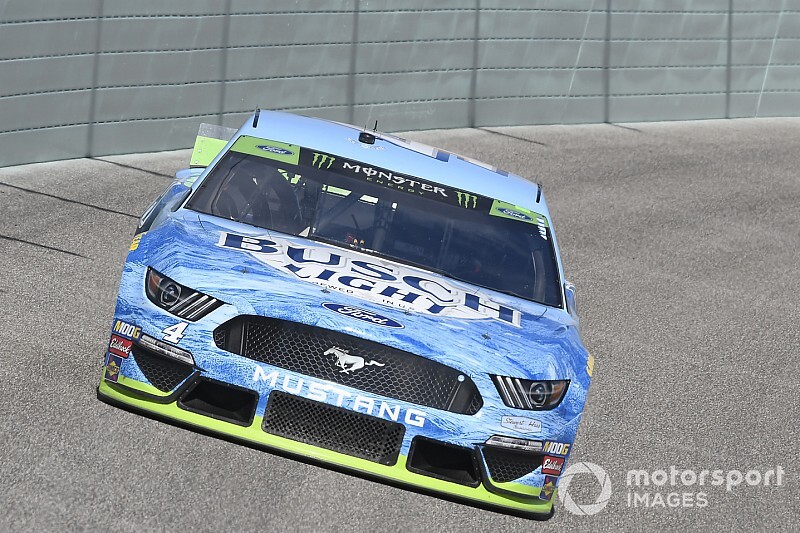 Kevin Harvick grabbed the lead at the start of Sunday’s Ford 400 at Homestead-Miami Speedway and led the first 20 laps until he was passed by fellow title contender Martin Truex Jr.

In an attempt to have the freshest tires late in the race, Harvick was the last of the title contenders to make his final green-flag stop.

In doing so, a late race caution was going to help put the No. 4 team in the best position possible to change the dynamic of the race in its favor. But it was not to be.

“We just needed to do something different. Really our best chance was to have a caution there at the end and never got one,” Harvick said. “We just did something different hoping for a caution, and that’s what you’re supposed to do in those late situations like that.

“On the restarts I could do what I wanted to do and hold them off for 15 or 20 laps. This race has come down to that every year. You kind of play toward that, and they were quite a bit better than us on the long run.

“We had a really good car for those first 15-20 laps on the restarts and had a lot of speed, we just never got to try to race for it there with the caution.”

With no caution, the closest Harvick could get to race winner Kyle Busch was fourth at the finish and he ended up third in the final championship standings.

Despite no title, it was remarkable season for Harvick, whose team struggled getting a hold on the new aero package.

By the end of the season, Harvick was running as good as anybody and had one finish worse than ninth in the 10-race playoffs.

“It’s been challenging, but it’s also been a little intriguing to me just because of the fact you want to try to fix things and make them better and I feel like we’ve done a good job at that, but I think for me being competitive is really the thing that keeps me motivated,” he said.

Hamlin: "I don't think I could have done a better job"