Truex admits Harvick in “his own zip code again” 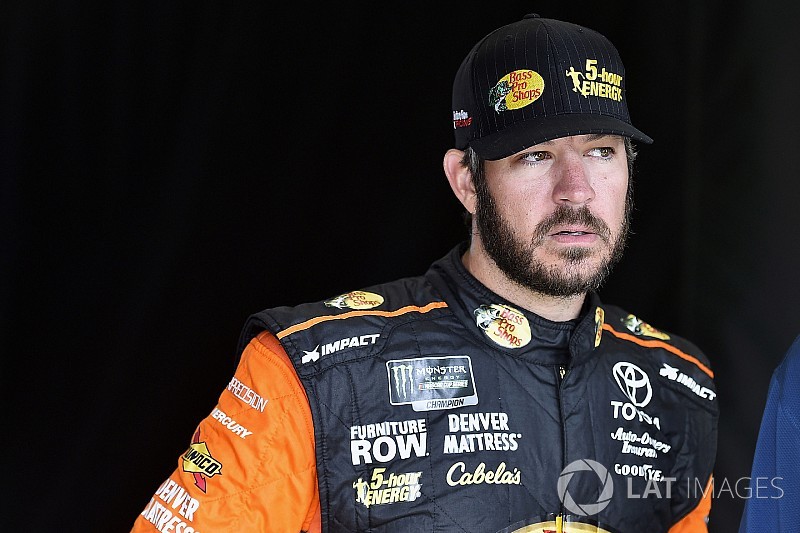 Reigning Monster Energy NASCAR Cup champion Martin Truex Jr. admits that Kevin Harvick has been “in his own league” in the last two races, following another dominant victory on Sunday.

Truex, who himself dominated many races on NASCAR’s 1.5-mile tracks last year, was left breathless along with everyone else in Harvick’s wake at Las Vegas as the Stewart-Haas Racing driver scored his second win on the trot.

Truex could only finish fourth in his Furniture Row Racing Toyota Camry, and admitted after the race that he had nothing for Harvick all race – who lapped everyone up to ninth position.

“The 4 was pretty much in his own league, his own zip code again, that’s two weeks in a row,” said Truex. “So we’ve got a bit of work to do.

“We started fourth and finished fourth, but we have a lot going on. We had some trouble on pit road a couple of times. Just a tough day, battled through it.”

Second-place finished Kyle Busch echoed Truex's sentiments: “Just no catching that 4, they were just on rails today, they were lights out. I don’t know what we need to do to catch up, to get better to those guys.

“Certainly we’ve got some homework to do, to get a little bit better especially here in Vegas, and some other places we go to maybe we’ll be a little bit closer.”

Kyle Larson, who finished third, also had no answers when asked what he could do to catch Harvick.

“I don’t know about catching the 4, he was quite a bit faster than everybody, I felt like we were second or third best [car],” he said. “I had to fight pretty hard there after a few bad pitstops.

“If we can just clean up everything, we can be contending for more wins. We’re not too far off of a win I don’t think.”

Aric Almirola on strong start: "We're going to be in contention"