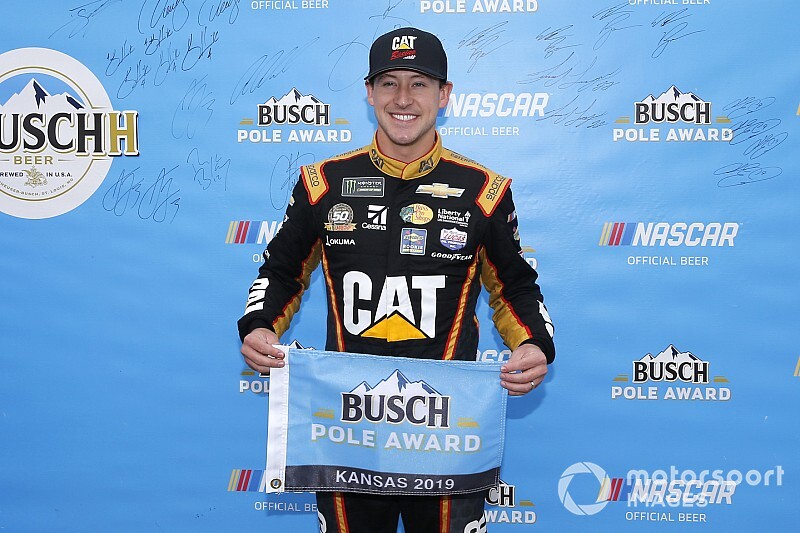 Daniel Hemric’s average lap speed of 178.047 mph was set early in Saturday’s qualifying but it stood up and earned him the pole for Sunday’s Hollywood Casino 400 – the first pole of his Cup series career.

“This is pretty special. It was a little crazy because I got out of the car and I thought I’d be fifth to eighth,” said Hemric, who will not return to Richard Childress Racing’s No. 8 Chevrolet next season. “Everyone on this team has done a great job all year no matter what’s thrown at them, just rising to the occasion.

“They come to the race track every week ready to go to work. With everything going on around us, you can get lost and distracted in things but to know these guys have had my back through all of it has meant the world to me.

“Hopefully there are many more years of my Cup future down the road.”

Joining Hemric on the front row will be David Ragan (177.842 mph), which is by far his best start of the 2019 season. His previous best was sixth at Las Vegas back in March.

Brad Keselowski, who won this race in the spring, was fourth and Kyle Larson, completed the top-five.

Kevin Harvick was not allowed to qualify as ended up failing pre-qualifying inspection three times. He will start Sunday’s race from the rear of the field.

Harvick’s No. 4 Ford failed once and actually passed the second time but his team noticed a problem with the driveshaft they wanted to fix sto they essentially failed themselves in order to make the adjustment.

After making the adjustment, Harvick’s crew took his car through inspection again and failed a third time before eventually passing. Car chief Robert Smith was ejected from the track and the team will lose 15 minutes of practice time next week at Martinsville (Va.) Speedway.