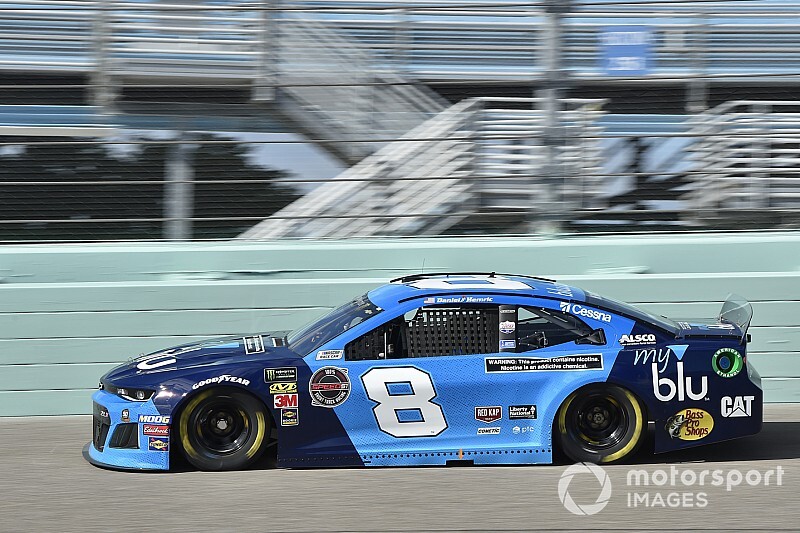 Daniel Hemric’s only season at Richard Childress Racing ended on a high note.

Prior to the start of the season, RCR promoted Hemric from its Xfinity Series program to drive its No. 8 Chevrolet in the NASCAR Cup Series.

Two months ago, RCR announced that it would not be bringing Hemric back in 2020 for a second season.

Still, his 12th-place finish in Sunday’s Ford 400 at Homestead-Miami Speedway was enough to earn him rookie of the year honors in the series over Ryan Preece.

“It’s pretty special to say the least. I wish we were able to win rookie of the year and have a couple more solid finishes throughout the year than what we had,” Hemric said. “Myself and Preece ended up tied with four or five races to go, so we knew we had to buckle down. And really proud of this group for doing that.

“It’s tough for them, obviously, with me announcing my plans over the last couple days, a lot of those guys’ future is unknown. It’s easy for them to lay down, and they didn’t. They kept continuing to put their best effort in every single week.

“For the last three weeks, we were able to string three decent races together, tonight being one of our best of the year.”

Hemric, 28, ended the 2019 season with one top-five and two top-10 finishes and won one pole. His career best finish of fifth came in the April race at Talladega, Ala.

Hemric was hoping to remain in the Cup Series in 2020 but recently accepted an offer to drive at least 21 races in the Xfinity Series next season for JR Motorsports.

“I go into tomorrow, into next year knowing that I have an incredible opportunity with JR Motorsports giving me the shot. It is a breath of fresh air,” he said. “Got some really good race tracks lined up on the schedule that we’re still somewhat putting together, but there’s a lot of  opportunity there to go out, and there’s no gray area.

“They know why I’m coming there. They know my goal is to get back to this level, and I feel like it’ll be a full force effort to get me back.”