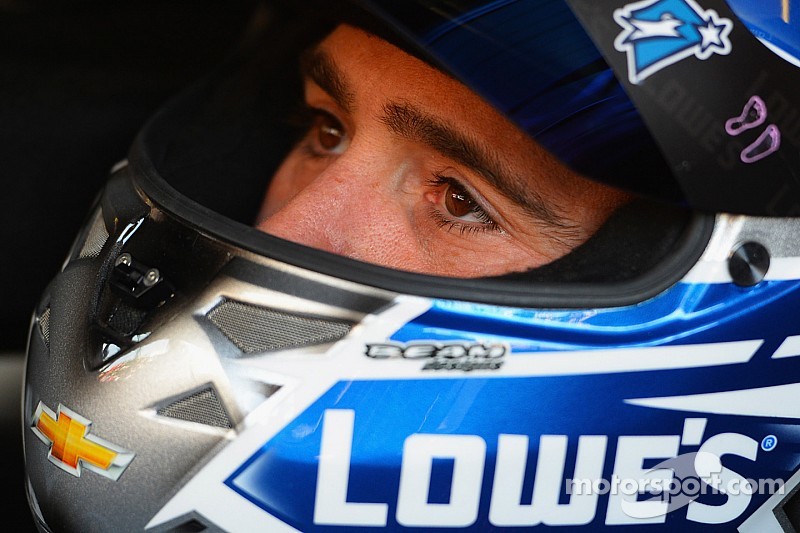 Hendrick Motorsports will go for its 23rd victory at the .526-mile track, which might as well be called “Hendrickville,”

Heading into the eighth race of its debut 1984 season at Martinsville Speedway, Rick Hendrick was ready to shut down his fledgling All Star Racing team the next Monday.

Plans changed following the race, however.

Eleven premier series championships, 232 wins and 202 poles later, Hendrick Motorsports returns to Martinsville for Sunday’s STP 500 (1 p.m. ET on FOX Sports 1). In the near 31 years since its first victory, HMS has amassed 22 wins at Martinsville – the most by any team at a single track in NASCAR Sprint Cup Series history.

I joke about NASCAR needing to adjust the schedule and have at least six stops to Martinsville and six stops to Dover to make up the calendar year,

Hendrick Motorsports will go for its 23rd victory at the .526-mile track, which might as well be called “Hendrickville,” with drivers Jimmie Johnson, Jeff Gordon, Dale Earnhardt Jr., Kasey Kahne and teenage wunderkind Chase Elliott, who will be making his Sprint Cup debut.

Martinsville mavens Gordon and Johnson lead all active drivers with eight victories at “The Paperclip,” while Dale Earnhardt Jr. is the track’s defending fall race winner. Kahne’s top finish was a second-place showing in 2005.

Gordon got off to a slow start at the beginning of his final full-time season, but quietly logged top-10 finishes in the last two races and is poised to ascend from his 22nd position in the point standings. In addition to his eight wins, Gordon paces active drivers with five runner-ups and seven poles at Martinsville. He also boasts the second-best driver rating (119.8) and average finish there (6.8).

“I love the challenge of Martinsville. There’s one line there, and everybody is in it. You have to attack the corners at Martinsville, but you have to do it in a very smooth way – in a very patient way,” Gordon said.

“I joke about NASCAR needing to adjust the schedule and have at least six stops to Martinsville and six stops to Dover to make up the calendar year,” Johnson said. “I love that track. I think it's so entertaining - the history there is amazing. The feel that you have when you come Martinsville, it’s unlike any other racetrack that we go to.”

The NSCS debut of 2014 NASCAR XFINITY Series champion Elliott has been much ballyhooed by fans since it was announced in January he would not just run at Martinsville, Richmond, Charlotte, Indianapolis and Darlington this season, but also take over the reins for Gordon in the fabled No. 24 Chevrolet next year. History indicates he might have a tough time piloting his No. 25 car this weekend. Only three drivers have scored a top 10 in their debut since 1990: Carl Edwards (10th at Michigan in 2004), Matt Kenseth (6th at Dover in 1998) and Kenny Irwin Jr. (8th at Richmond in 1997).

“As far as expectations go, I don’t really know what to expect,” Elliott said. “I just want to go out and give it all I've got.

“If we could go run all the laps, stay on the lead lap and be inside the top 15 at the end of Sunday’s race, I’d say that would be a day well done, across the board. This is something I've wanted to do ever since I can remember - it has been a dream of mine.”

It's TIREsome, but the hunt continues