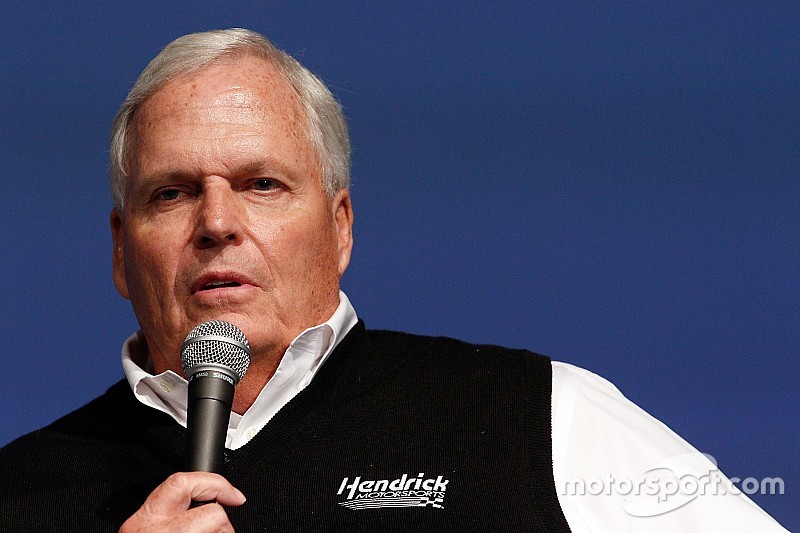 Rick Hendrick, the most successful car owner in NASCAR history, and driver-turned TV analyst Benny Parsons lead the newest five-member class of inductees into the NASCAR Hall of Fame.

Results of the Voting Panel’s decision was announced by NASCAR Chairman Brian France on Wednesday evening at the Hall.

A longtime racing enthusiast and driver himself, Hendrick owned drag-racing boat teams that won three championships before founding “All-Star Racing,” the team that would evolve into Hendrick Motorsports, in 1984.

The other members of the class chosen from among a list of 20 nominees:

In all, 54 votes were cast, with four additional Voting Panel members recused from voting as potential nominees for induction (Ricky Rudd, Robert Yates, Waddell Wilson and Ken Squier). The accounting firm of EY presided over the tabulation of the votes.

"This is the biggest honor of Benny's life," said Terri Parsons. "It summarizes everything he has ever worked towards. Every job he has ever had be it as a race car driver in all divisions, host of a NASCAR radio shows, NASCAR Color commentator for TV networks each were just as important to him as the next. He lived his life for NASCAR fans and helping to make the sport of auto racing a better sport for them to enjoy. I know he is smiling his big smile tonight saying "Unbelievable"!"

"As a Daytona 500 winner and broadcaster, Benny loved a good story and loved sharing stories of the people that make this sport great." added Sam Flood, Executive Producer of NBC Sports and NBCSN. "I'll always remember him at the track, leaning up against a stack of tires and connecting with everyone who passed by. We were lucky to have him as the leader of NBC's NASCAR team for six years."

In a separate vote by the Voting Panel, the Landmark Award for Outstanding Contributions to NASCAR will be presented to H. Clay Earles, who founded Martinsville (Va.) Speedway.

Jim Utter, NASCAR Editor of Motorsport.com, is among the members of the voting panel which selects inductees to the NASCAR Hall of Fame.

This was his five-member ballot:

Is Kevin Harvick losing the battle on pit road?

Mark Martin on Hall of Fame induction: “I wouldn’t have voted for me!”