Hot weather takes its toll on drivers at New Hampshire 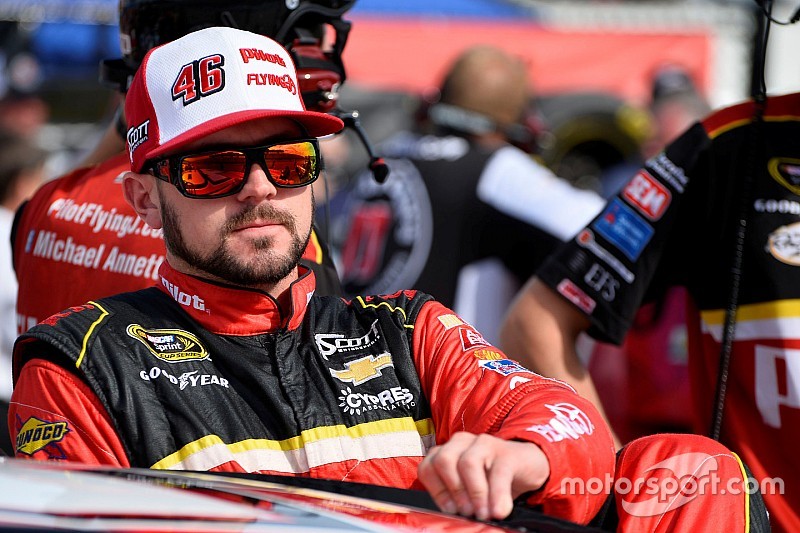 Michael Annett was transported to the infield care center via a stretcher after the checkered flag.

It was an incredibly and humid day at the Magic Mile with severe thunderstorms in the area. After 300 miles of racing, drivers were spent.

Brad Keselowski was short on both words and breath during the post-race press conference - and he wasn't alone.

Everyone is working real hard inside the cars," said Dale Earnhardt Jr. "This is a track where you got to drive real hard every lap. The corners don't work for you to where you can kind of settle into a pace.

"Just good thing they didn't call any red flags - we would have had some heat strokes out there."

According to PRN, Allmendinger was suffering from strep throat and was treated after getting out of the car. "Great effort by @AJDinger today, tough race while not feeling well," tweeted the team. Allmendinger finished 13th after leading 13 laps.

Both Annett and DiBenedetto went to the infield care center after both were showing signs of heat exhaustion and were need of fluids.. 29-year-old Annett went via a stretcher.

Both have since been released.

Kyle Busch is a lock for the playoffs