"Inexcusable" move should 'embarrass Kenseth, his team, sponsors and Toyota' 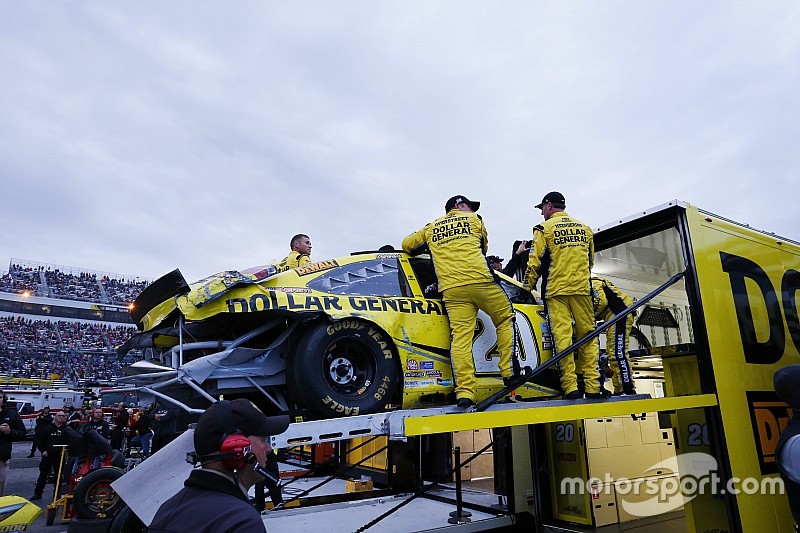 Two of NASCAR’s veterans agree Matt Kenseth should be suspended and NASCAR can’t turn a blind eye toward its responsibility in policing the sport.

Maintaining the integrity of the sport

“When you’re a champion your responsible for taking the sport into consideration when you act, there’s no way I can excuse doing what Kenseth did,” Waltrip said. “If your car is already torn up, you go back on the track and intentionally put the leader in the wall – that’s unnecessary and inexcusable.

“If this type of behavior goes unchecked, it continues to escalate from week to week. We can try to chalk it up to the Chase and the drama that it inherently creates, but NASCAR still is responsible for maintaining the integrity of the sport.”

Waltrip said it would damage the sport even further if NASCAR were to simply look the other way.

“They cannot do that in this instance,” he said. “Someone has to make a hard call, and if they’re ever going to do it, now would be the time.”

It's different when it's for the win

“What Matt Kenseth did was so far beyond the ‘boys have at it’ excuse that it doesn’t belong in the same conversation. It was a very unclassy move, and if NASCAR doesn’t drop the hammer hard on him, shame on them,” McReynolds said.

“I lived the ‘do anything for a win’ motto for two years working with Dale Earnhardt, who would have wrecked his mother to win a race. I’m fine with that when it’s for a win.  But when a driver is laps down, rides around and waits on someone to come around the track, drives them into the wall and purposely wrecks them, that action is way over the line.

“What Kenseth did should embarrass him, his team, his sponsors and Toyota. Yesterday was a huge black eye for our sport, and if NASCAR doesn’t do something serious to Kenseth, shame on them.”