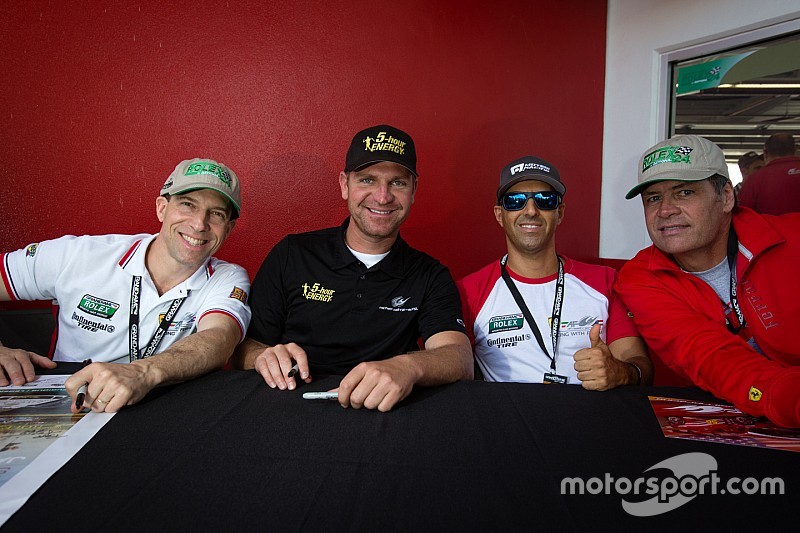 Michael Waltrip Racing will have a different look on the pit box this weekend after the organization elected to switch crew chiefs and engineers for the Nos. 15 and 55 teams on Tuesday.

Both teams have struggled this season with Bowyer ranked 17th in the Sprint Cup point standings this season. The No. 15 Toyota has led just two laps this season and has yet to post a top-five finish in the first 14 races. Bowyer hasn’t won a race since his victory at Charlotte Motor Speedway in the fall of 2012.

The No. 55 team has been unable to get its footing after Brian Vickers was sidelined before the season started and subsequently once he returned to action — both due to blood clots. Only recently with the addition of David Ragan over the last four races has there been consistency with the team.

But clearly, Bowyer’s performance is curious and certainly uncharacteristic. Bowyer is in the first year of a three-year contract. It's also the final season of Aaron's contract with the No. 55 team.

We just felt it was time to shake things up a bit to try and spark fresh ideas and more consistent results.

“Our goal is to best position the 15 and 55 teams for a berth in the Chase for the Sprint Cup,” said co-owner Rob Kauffman. “MWR has an enormous amount of bright, motivated and quality people working to solve the endless challenges inherent to racing.  We have won poles and races, we have made the Chase and competed for a championship with this core group of personnel.

“We just felt it was time to shake things up a bit to try and spark fresh ideas and more consistent results.  There are 12 races left before the 2015 Chase field is set and we plan to be a part of it.”

Pattie joined MWR along with Bowyer in 2012. While they had a three-win break out season that year and  Bowyer finished a career-high second in the point standings, the relationship has been strained of late. Pattie has four career Cup wins, seven poles, 42 top fives and 101 top 10 finishes.

Scott honed his skills under the direction of current Sprint Cup champion crew chief Rodney Childers as the team’s lead engineer, then was promoted to the crew chief of the No. 55 in August 2013.

How pressure management can win the MotoGP title

Vettel tried to buy Ferrari F2004, but it was "too expensive"

How pressure management can win the MotoGP title