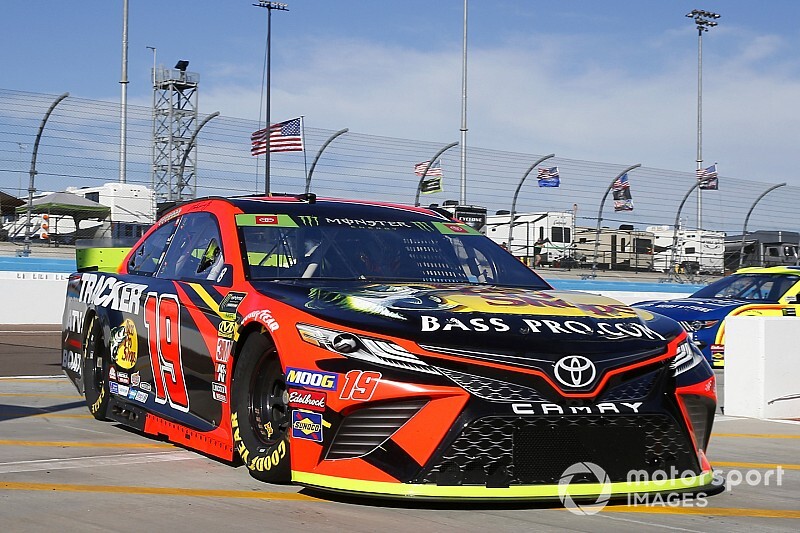 James Small will be promoted from lead engineer to crew chief of the No. 19 Joe Gibbs Racing team after Cole Pearn's surprise exit.

Small, a native of Melbourne, Australia, has worked with Truex for the last three seasons dating back to Furniture Row Racing.

“This is an incredible opportunity,” the 36-year-old Small said. “Having the confidence of Coach, Martin and everyone at JGR means a lot to me. I moved to the United States six years ago to work in NASCAR and I wanted to work my way up to become a crew chief. I’m ready for this and I am excited about working with Martin and the foundation we have in place on the 19 team with the group of guys we have.”

Small has been atop the pit box before, serving as interim crew chief for Erik Jones for two races during the 2017 season. Prior to FRR, he held an engineering role at Richard Childress Racing. Before that, he was an engineer for Prodrive in the Australia Supercars Championship, guiding Mark Winterbottom and Steven Richards to the 2013 Bathurst 1000 victory.

“I know James well and feel very comfortable with him,” Truex said. “I feel like we approach racing very similar. He and Cole (Pearn) have a lot of similarities. It’s a natural fit and I’m really excited about it. I think he’ll do a great job.”