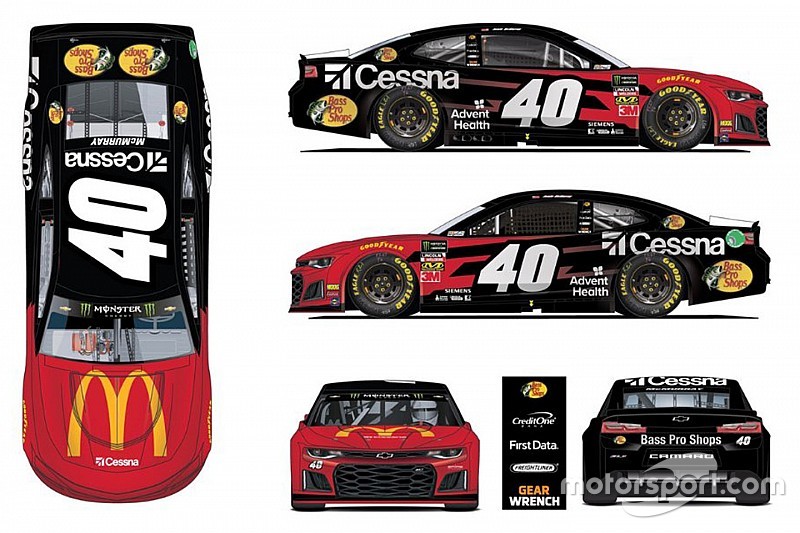 The newly formed Spire Motorsports team in partnership with Chip Ganassi Racing have revealed Jamie McMurray as their driver for the 61st running of the Daytona 500.

The former Daytona 500 champion will pilot the No. 40 Chevrolet Camaro, the same number he ran in his NASCAR debut subbing for an injured Sterling Marlin in 2002.

Spire Motorsports, a newly formed Cup team from the Spire Sports and Entertainment company, purchased a charter from the now defunct Furniture Row Racing and are guaranteed a starting position in the event.

The car will be backed by several companies with sponsorship from Bass Pro Shops, McDonald’s and Cessna, who all have a previous relationship with McMurray.

“The Daytona 500 is the one race that every NASCAR driver would want to win," said McMurray. "For the rest of your life you get to be introduced or recognized as a Daytona 500 Champion. I’m excited to have the opportunity to potentially be a two-time winner of the race and it would mean so much to celebrate one more win with all of the great partners that have been with me for so many years”.

Daniel Suarez on first Race of Champions: "I like pressure"