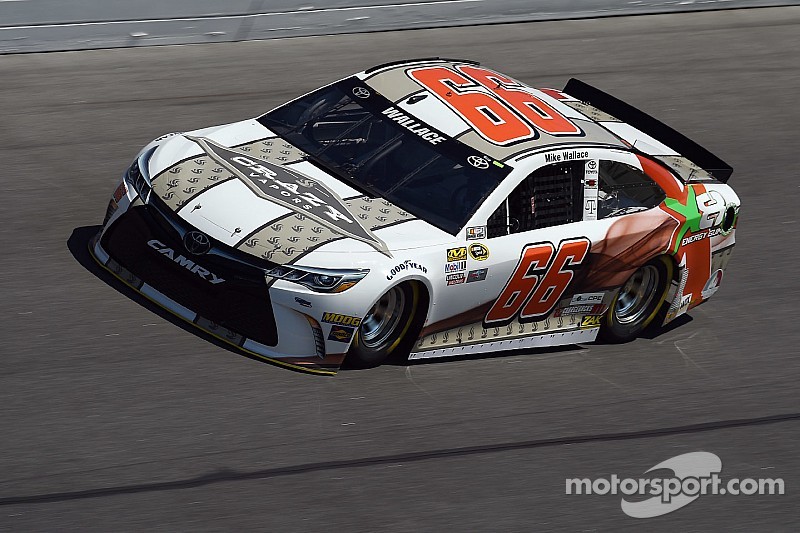 Robinson will continue to operate the No. 62 Chevy.

The No. 66 Premium Motorsports Chevrolet has withdrawn from the Sprint Cup race at Auto Club Speedway this weekend, team owner Jay Robinson confirmed on Wednesday.

However, Robinson will attempt to qualify the No. 62 South Point Hotel & Casino Chevy with Brendan Gaughan.

“The No. 66 is not a sponsored team,” Robinson told Motorsport.com. “And if you’re not making races, then you’re not making money. Fortunately, we made the Daytona 500, so that carried us for a while. Every race is expensive and when you have to pay for tires, engines and personnel it’s hard to do.”

Mike Wallace was scheduled to drive the No. 66 at Fontana. He finished 36th in the Daytona 500 and the team earned $313,883. But the team did not make it through inspection in time to qualify at Atlanta Motor Speedway and failed to qualify at Las Vegas. Tanner Berryhill attempted to qualify the car at Phoenix but was unsuccessful.

Robinson would not speculate how long the No. 66 Chevy would remain on the sidelines.

“You never know,” Robinson said. “If an opportunity comes up we might be at Martinsville, but as of now we won’t be taking the car to California.”

Luck runs out for Allmendinger at Phoenix

UPDATE: Allmendinger's team off the hook after NASCAR review