Jeb Burton is jumping up to Cup 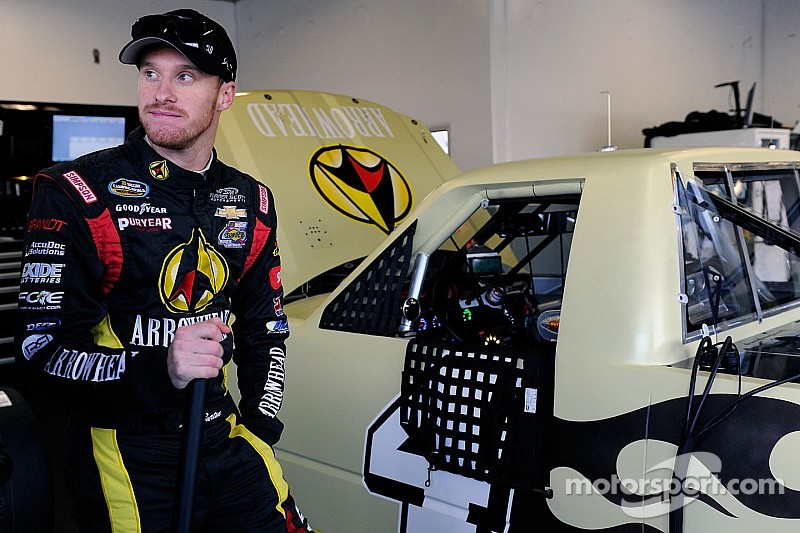 Burton, 22, will pilot the No. 26 Toyota for BK Racing, run for Sprint Cup rookie honors.

Jeb Burton is stepping up to the Sprint Cup Series.

The 22-year-old second-generation racer from Halifax, Va. will drive the No. 26 Toyota for BK Racing in 2015. He’ll make his Cup debut at Daytona International Speedway and will run for Rookie-of-the-Year honors.

Jeb's success in the NASCAR Camping World Truck Series along with his family's history in the sport makes his emergence into Cup a great story.

"We are very lucky to have a great, young talented driver like Jeb Burton in one of our NASCAR Sprint Cup cars," said BK Racing co-owner Anthony Marlowe. "It was important for us to find full-time anchor drivers for this season that are experienced and team-oriented.

"Jeb's success in the NASCAR Camping World Truck Series along with his family's history in the sport makes his emergence into Cup a great story. The story, which also includes having a strong shot at winning Sunoco Rookie of the Year in 2015, has already proven to be very marketable. I look forward to seeing Jeb behind the wheel of the No. 26 Toyota Camry very soon. I think he is going to do great in the Daytona 500."

Although Burton aligned with truck series champion team owners Thorsport last season, the transition proved to be a challenge. Burton fell short of his freshman numbers, posting two top fives, seven top 10s and an eighth-place finish in the standings.

Burton also has two starts in the Xfinity Series. He finished eighth with Steve Turner at Kentucky Motor Speedway in 2013 and 15th with Fred Biagi last year at Charlotte Motor Speedway.

Burton joins veteran J.J. Yeley, who will pilot the No. 23 Dr. Pepper Toyota with Joe Williams calling the races. The 38-year-old Phoenix native has 220 Cup starts. He finished 10th in the 2013 Great American Race.

Johnny Sauter will attempt to qualify the No. 83 Toyota in the Daytona 500 for BKR. Sauter, 36, has five Cup starts at the 2.5-mile track with three top 20 finishes. He won the truck opener at Daytona in 2013. Veteran crew chief Doug Richert will be the crew chief for Sauter’s effort.

Johnny Sauter to run for BK Racing at Daytona