Jim Hunter to be inducted into NMPA Hall of Fame 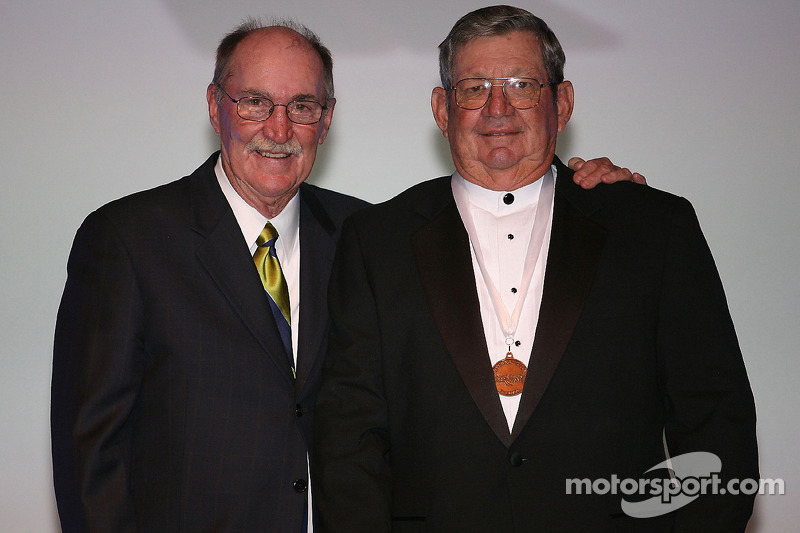 Former NASCAR VP honored for his years of service, posthumously. Also Dr. Joseph Mattioli and Ken Squier will be honored. 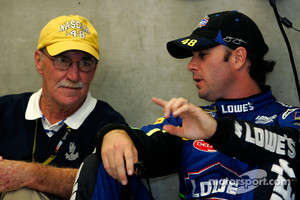 “This is a well-deserved honor from a group deeply rooted in our sport,” said Brian France, Chairman and CEO of NASCAR. “Jim joins a distinguished list of people – which include my father and grandfather – who have helped build this sport.

Through his career with Talladega, Darlington and, of course, NASCAR, Jim’s talents and personality helped tell the sport’s story to our millions of passionate fans.

I’m thankful to the NMPA for honoring him in this manner.”

Hunter, who lost a year-long battle with cancer on Oct. 29, 2010, started his career as a journalist in South Carolina, then moved into the public relations field for Darlington Raceway and Talladega Superspeedway, before rising to the role of track president at Darlington.

Hunter, one of the most trusted confidants of longtime president Bill France Jr., then took on corporate roles with NASCAR and International Speedway Corp. and remained with NASCAR for the rest of his life. 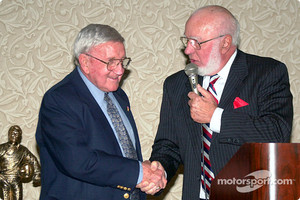 Mattioli founded Pocono Raceway in the early 1960s, a unique 2.5-mile facility that has hosted NASCAR events since 1974. Mattioli was a hands-on track operator, embracing drivers, crews and media members as part of his track family each time the race came to town.

Keeping fans in mind, he worked to stay on top of enhancements and led NASCAR into a new era by building a solar energy system on 25 acres of the track’s property to make it a leader in environmental fields.

Squier, a native of Vermont, began his racing career as a track announcer at the age of 14. One of the original founders of Motor Racing Network, he later became a fixture in the broadcast booth for CBS.

Squier continues to be a part of racing through his radio station in Vermont and the Thunder Road track he built in his home state.

Those who received votes but did not reach the 65% mark for induction were Ray Evernham and Dick Thompson.

The National Motorsports Press Association was formed more than 40 years ago. It features motorsports writers, broadcasters and photographers from throughout the U.S. and abroad.