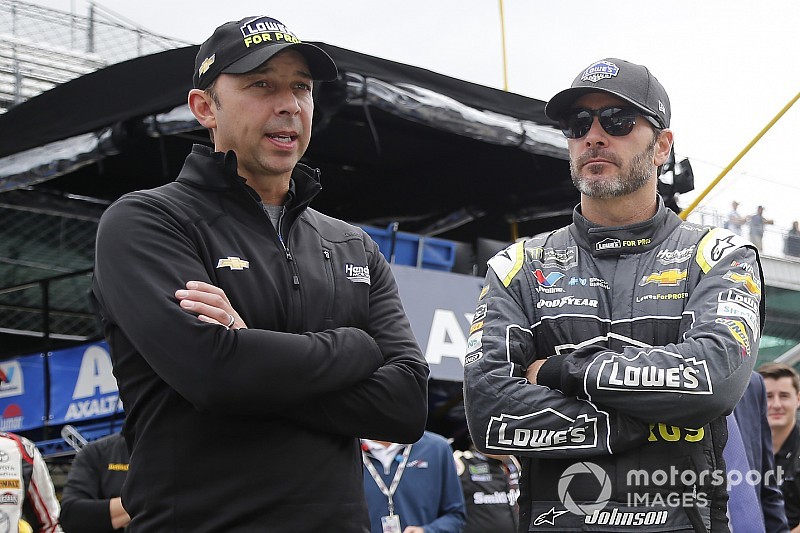 Kevin Harvick to lead a ‘Drivers Only’ broadcast once again for FOX Sports for the NASCAR Xfinity Series race at Charlotte Motor Speedway in May.

But along with the usual suspects for the drivers only broadcast, seven-time NASCAR Cup Series champion Jimmie Johnson and his former crew chief Chad Knaus join the party in select races.

Defending NASCAR Cup Series champion Joey Logano will be in the booth for the NXS season-opener Saturday at Daytona International Speedway, then Johnson will join the broadcast team the next week in Atlanta.

Harvick will be in the booth with Johnson along with FOX play-by-play announcer Adam Alexander. He expands his broadcast schedule in 2019 as lead analyst in a total of seven races.

“I’ve enjoyed calling NASCAR Xfinity Series races for FOX Sports more than I ever imagined I would, so I am looking forward to adding even more this year,” Harvick said. “I’ve made no secret of the fact I can see broadcasting in my future after racing, so this is a cool opportunity to branch out as the lead analyst and perhaps even offer some pointers to other drivers calling the races with me.”

Johnson is also looking forward to being a part of the broadcast team for the first time.

“I’m excited to come in and see the race from a different vantage point,” Johnson said. “I’ve been a big fan of Kevin’s work in the booth and feel like we’re going to have a great time and add a lot of detail to the race, so I’m excited to have that opportunity in Atlanta.”