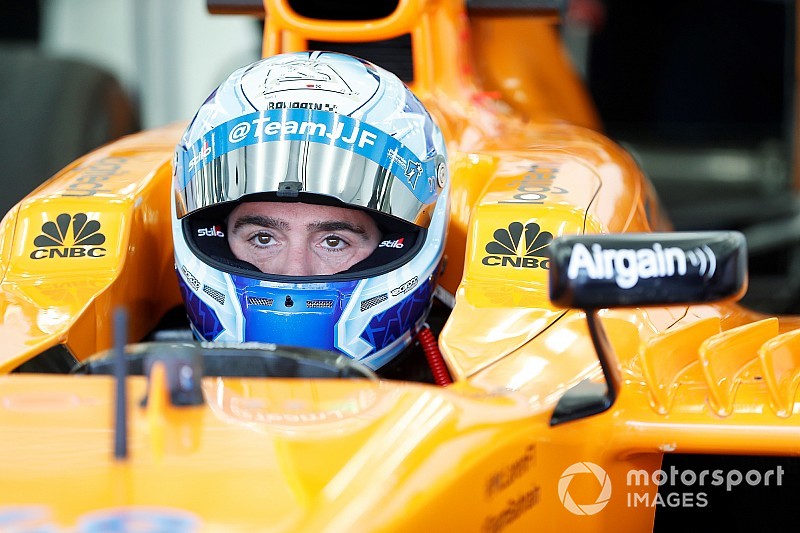 Seven-time NASCAR Cup series champion Jimmie Johnson believes that motorsport needs to have more driver crossover between series, as it has in the past.

Ex-Formula 1 driver Fernando Alonso reignited the debate after beginning his quest for the 'Triple Crown' and he won the Le Mans 24 Hours last year with Toyota.

NASCAR drivers have previously cited their lengthy season as a reason for not racing in other series, while IndyCar's shorter campaign has led to the likes of Scott Dixon competing in races such as the Daytona 24 Hours.

In America, a growth in events such as Tony Stewart's Eldora Dirt Derby and the Chilli Bowl Midget Nationals has attracted leading NASCAR drivers back to grassroots racing and raised the profile of the races.

Asked about the growth in the Chilli Bowl specifically, Johnson made a wider point about crossover: “I think that in motorsports in general, we need guys to cross over from a local level.

"Although the Chilli Bowl is huge, they're Midgets and more people typically get their starts. Our stars come back down and run and put on such a great show.

"That helps them and I think it helps us.

"It also helps that community and there are a lot of young drivers that are trying to find their way up.

"Hopefully we can get more crossover going, even between IndyCar and NASCAR or NASCAR and Formula 1 or whatever it might be.

"I feel like we had a lot of heroes that we looked up to and those guys would race anything and everything.

"And in the last 20 or 30 years, we’ve focused more on championships than we have marque events.

"And I completely understand why, but it’s really nice to see people trying to move around and race other things.

"Hopefully we’ll have somebody trying the double again at Indy and Charlotte.

"There is a lot of good that comes from those opportunities.”

Late last year, Johnson conducted a ride swap with Alonso at the Bahrain Grand Prix circuit, and the NASCAR driver has hinted at further collaborations with the Spaniard.

"I have some great new friends at McLaren and they have lots of things that they are getting involved with, racing-wise," said Johnson.

"So, down the road there could be some opportunities there for me, potentially.

"I’d love to go endurance racing with Fernando. We joked about that some.

"Nothing has developed from that yet, but hopefully down the road we can send some more teasers out and have some more fun.”