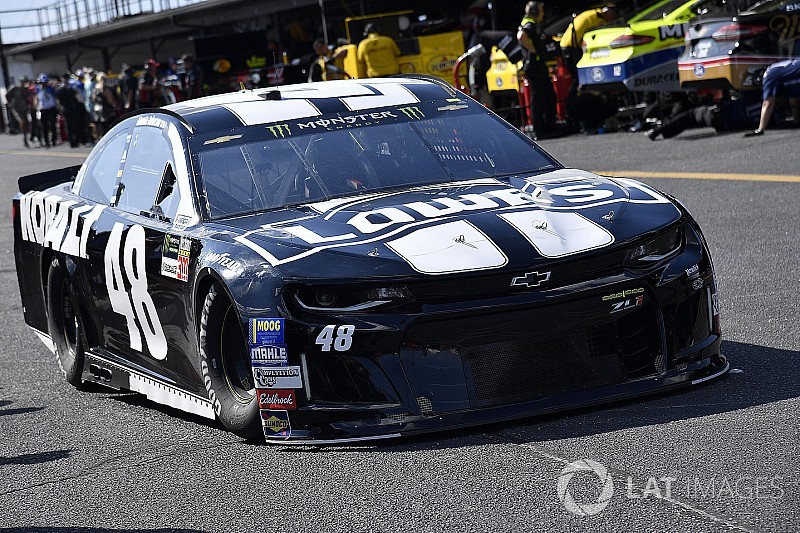 Seven-time NASCAR Cup Series champion Jimmie Johnson earned his third finish of 30th or lower in the past four races.

Although he’s still in the top-16 to make the 2018 NASCAR Cup Series playoffs, Johnson will now enter next weekend’s regular season finale in mathematical danger of missing the playoffs for the first time in his career.

Johnson entered the Bojangles Southern 500 at Darlington (S.C.) 14th in the standings, but a 39th-place finish due to a broken oil pump has put him into uncomfortable territory.

“It was something about the oil pump, I believe,” said Johnson. “I’m not sure if it’s through the belt, if something else went on. But, the amount of time it takes to get the engine apart and the oil pump out to put a new one on, it just takes too long.

“Thankfully, the engine is okay, we think; but it just takes too long to get the oil pump out.”

Johnson has not won a Cup Series race since last June at Dover - a span of 48 races - and Darlington was just a continuation of his 2018 misfortune.

“It’s just about cleaning things up,” Johnson said. “Our cars are much better. I just have to thank everybody at Hendrick Motorsports for working so hard. We just have to minimize mistakes; and I think we can run a Top 5 pretty easily.”

As for the pressure of next week, Johnson sounded confident in his team giving him a good car for Indianapolis.

“Our engine shop is so rock solid, if anything I would be a little nervous for my teammates out there right now that have the same stuff,” said Johnson. “Sometimes we have material issues and things out of our control that we have seen when one engine goes a bunch go.

“So, fingers crossed that it doesn’t happen with my teammates. These guys are the best in the business we will be fine next week.”

But he understands that another bad week and an unexpected winner could end his 2018 championship bid before the playoffs even begin.

“Yeah, I mean it sucks,” Johnson added. “I don’t want to be in this position. We have been around this spot for a while. We have seen it coming. We just need to transfer and honestly, I think our cars are capable of running in the top five.

“If we can just start minimizing mistakes, my own included, we will be much better off and have a shot.”

While the pressure has gone up a notch, Johnson knows not to panic.

“There is no need to flip out now,” Johnson said. “We have had a pretty rough year to this point.  We have been working hard, unfortunately just haven’t had the results. We will keep working hard. There is no quit in myself of this team.”