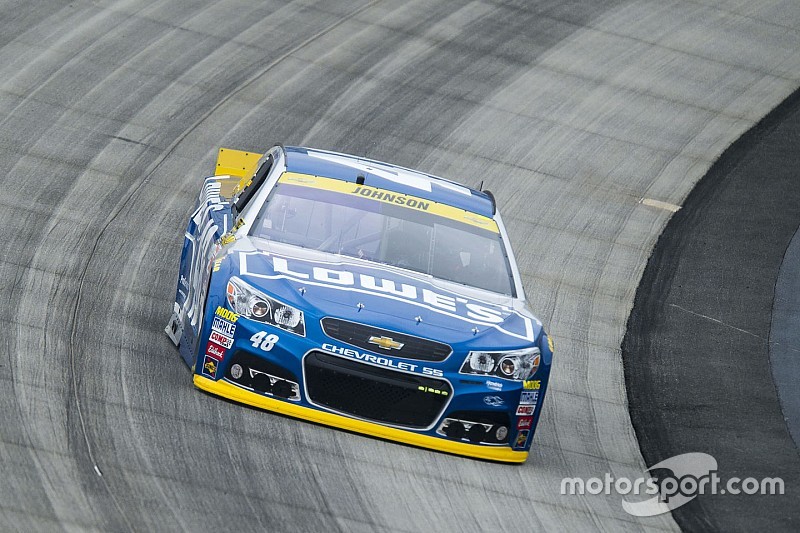 Jimmie Johnson’s 500th career Sprint Cup start wasn’t what he expected it to be.

Johnson was forced off the track on Lap 103 after an issue with the drive line.

“Go to the garage,” the team replied.

Johnson started the AAA 400 fifth on Sunday at Dover International Speedway, but a speeding penalty on the Lap 40 competition caution knocked the No. 48 Chevy back to 28th on the Lap 46 restart. He battled his way into the top 15 before the incident.

Johnson holds the track record with 10 victories at Dover. He was 16 points behind points leader Matt Kenseth entering the third race of the Challenger Round and held a 27-point buffer to the elimination zone, which has been erased.

Running last, the No. 48 returned to the race after spending 37 laps in the garage where the team officially diagnosed the issue as a torn rear axle seal.

NASCAR sends Truex to the rear after apparent body manipulation