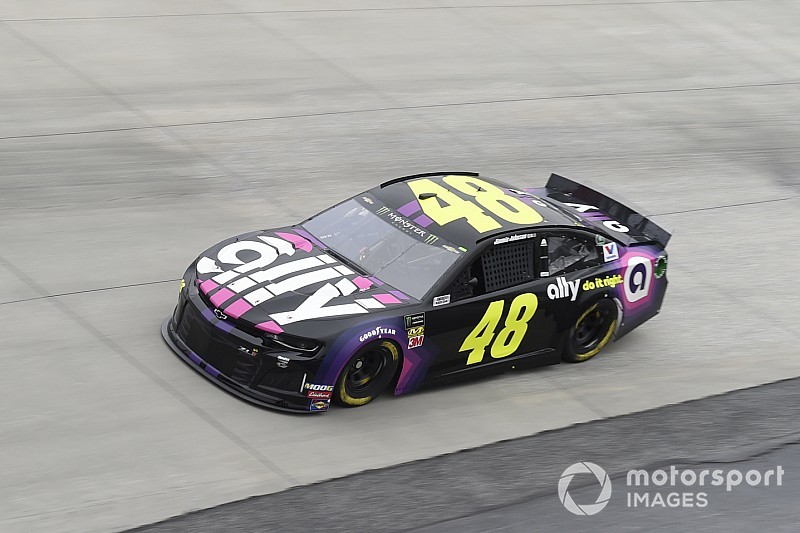 Jimmie Johnson is fast again at Dover (Del.) International Speedway and we all know what that means.

Johnson, who has 11 Monster Energy NASCAR Cup Series victories at Dover, led the way in Saturday’s final practice session as his average lap speed of 161.863 mph topped the leaderboard.

“Over the years I feel like here, we’ve probably stayed in the game more than other tracks. We won here a couple of years ago, I feel like we were one of the best cars here last year, but had something weird break on the car before we took to the track for the race,” Johnson said.

“I feel like here, our cars have always performed well at Hendrick Motorsports with high-vertical loading and this track certainly has a lot of that. Martinsville seems like it’s slipped away from us a little bit, performance-wise, but at Dover, we seem to come back here and repeat each time.”

Among the drivers who ran 10 consecutive laps, Larson was the fastest, followed by Jones, Truex, Kevin Harvick and Brad Keselowski.

The final 50-minute practice session was the only one of the day as heavy fog canceled Saturday’s morning session.

Larson's average speed for 10 consecutive laps was 159.747 mph if you want to throw in there