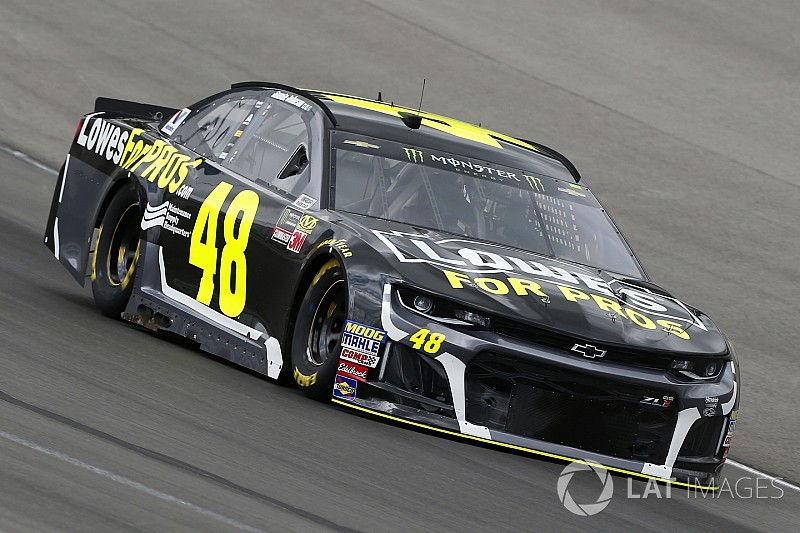 Texas is a good place for Johnson to get back in Victory Lane – he owns seven wins at the track including in this race one year ago.

Johnson is trying to snap a 29-race winless streak. His most victory came at Dover, Del., last June.

Heavy mist and cold temperatures (in the mid-30s) made the track difficult to dry and drivers only got about 20 minutes in the final session.

Johnson made three laps and immediately after posting his best average lap speed of 198.143 mph, crew chief Chad Knaus called him back to the garage.

Ricky Stenhouse Jr., who wrecked his primary car in the first practice session, was able to get on track with his backup car to make six laps. He ended up with the 26th-fastest speed.

“Good thing getting this thing back (on track), that was huge,” Stenhouse said over his team radio. “We’ll be good for tomorrow.”

Harvick was the fastest among the 14 drivers who ran at least 10 consecutive laps. He had an average lap speed of 196.904 mph. Jones had the second-best average and Bowyer was third.
Next article