Johnson 'always had a bit of enjoyment in shutting up' doubters 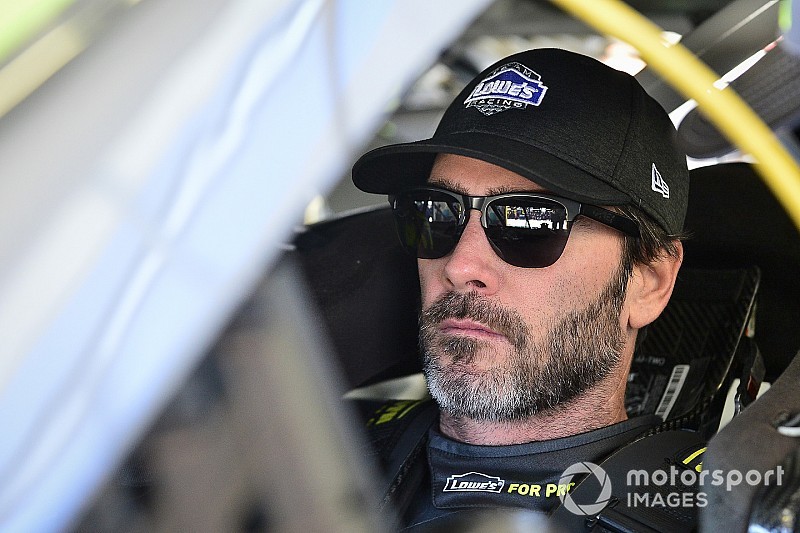 So far, so good for the debut of a revamped Hendrick Motorsports No. 48 team this season.

Much to the delight of Johnson’s fans, his No. 48 Chevrolet was among the fastest in the two-day test and ran up front in most of the 25-lap drafting sessions.

“In general, I think our Hendrick Motorsports cars are closer to the other cars that are here at the test. We’ve had some great single-lap speed and have been very competitive in the draft,” Johnson told Motorsport.com.

“Thursday was a very smooth day for that many new faces on a team. Certainly with Kevin and myself, it just kind of went smoothly honestly. I’m thinking back to a tire test we did in October, that was helpful, and the time we’ve spent around each other in the offseason has paid off.”

Now entering his 18th fulltime season in the Cup series, Johnson has entered a new year in a multitude of scenarios, but never with a new leader of his team.

“It feels different. It’s still so new and I’m not sure how the year is going to go just yet. What is really neat is that Kevin has not wavered one bit – he’s here to win races and the championship,” Johnson said.

“There is no ‘let’s get up to speed’ type thing and ‘learn each other’ thing. We both have said it publicly – we’re here to race and that’s the bottom line. That part is very familiar. The No. 48 is still the 48, the expectations are there and everybody is on board.”

Johnson said he was thankful for the organizational test, even though it prevented himself and several others in Las Vegas from attending Friday night’s NASCAR Hall of Fame induction ceremony in Charlotte, N.C.

He did get an opportunity to work with Meendering in a race-type setting and got some first-hand experience with the new aero package.

“The cars are sensitive to the adjustments that are made. Three of the (first) four draft sessions, we were very competitive. The (Friday morning session), we weren’t as competitive,” Johnson said.

“There are so many ways to get speed out of a race car and to have these sessions to try some really major concept ideas or changes is very helpful. We’ve definitely found one we don’t want to run already.”

In several interviews in recent weeks, Johnson has insisted he is not yet ready to call it a career and is anxious to turn the page to another chapter in his NASCAR Hall of Fame worthy career.

“I find motivation in a lot of ways. There have been plenty that have doubted me recently and some who have doubted me my entire career, honestly,” he said. “I’ve always had a bit of enjoyment in shutting them up. I’m looking forward to that opportunity this year.

“When I look back to the 2018 season that was just a mess. Chad (Knaus) and I were really struggling, it just wasn’t a fun year by any stretch. Just to have a new year and turn the page on that chapter of the No. 48 and get a fresh start – there is something new and cool about fresh starts.

“I clearly wanted to make it to the end of my career with Chad. It didn’t pan out. But this fresh start is good, everyone seems much more relaxed.”