Jimmie Johnson not 'Chasing 8,' but will "lay it on the line" 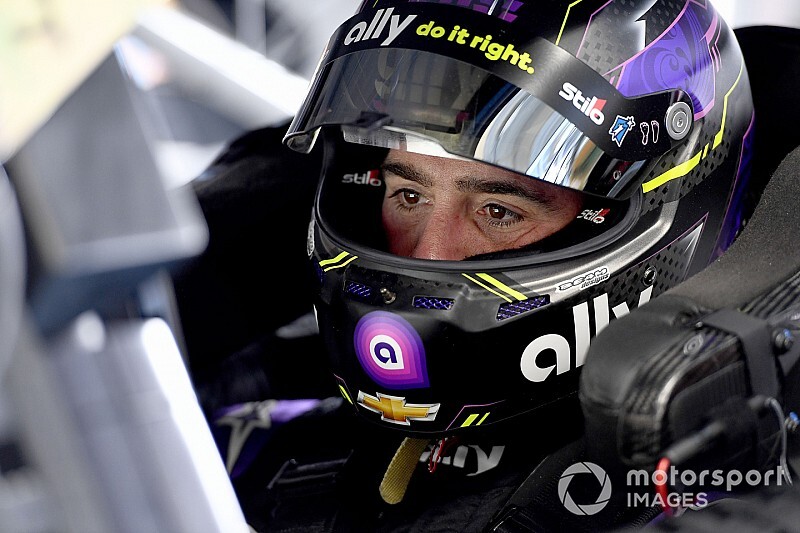 The ‘8’ would be a NASCAR-record eighth Cup series championship for Johnson, who is currently tied with the late Dale Earnhardt and Richard Petty with seven titles to his resume. Five of those titles came in succession between 2006 and 2010, a NASCAR record.

But within the last week or so, he said he began to come to the realization that a restructure of his approach to his final fulltime season may be in order.

“It just kind of dawned on me. We were doing some digital content for our platforms and told the story of where I was and I looked around and our group was there and we were like,’ Oh my gosh, we need to drop ‘Chasing 8,’ ”

“In self-reflection and talking about it, it dawned on me and felt right and the more I thought about it after – I was in 100 percent. I’ve never chased anything.”

“In writing about it and thinking about it, we were going for it (the previous championships) but we had never drawn so much attention to chasing it,” Johnson said Thursday at Hendrick Motorsports. “I think in the awareness side, ‘Chasing 8’ – reading, writing or saying it – is one piece.

“I can identify with the fact that Chad (Knaus, his former crew chief) and I in our final year, we were chasing that more than we were just competing. Last year with all the pressures that were going on, we were chasing something again and not just being present.

“It all fits together in my goal this year. I’m going to get in that car, I’m going to give it 100 percent like I always do. Who knows what the outcome will be? I’m going to lay it on the line and go. I’m not chasing anything; I’m just trying to be present.”

Johnson’s crew chief, Cliff Daniels, said is he fully on board with Johnson’s approach.

“What’s really interesting from Jimmie’s perspective, is he just wants to be able to go race and make sure we have a good-driving car, call a good race and enjoy the moment,” he said. ‘I know that if we give him good driving cars, he is going to be ready to get it done on the track.”

In making the change, Johnson has adapted a new motto for 2020 – ‘One final time.’

“Ultimately, it doesn’t change things all that much. I think it felt good to me and the people that are close to me when I was explaining my reflection,” he said. “I’m still out there to win an eighth championship. This is about winning races, making the playoffs and trying to be in that final four.

“The peace (Daniels) brought me and the leadership that he has for our race team and where I know where our team’s going, has really helped me identify that 2020 was probably going to be my best chance to win a championship in the next few years.