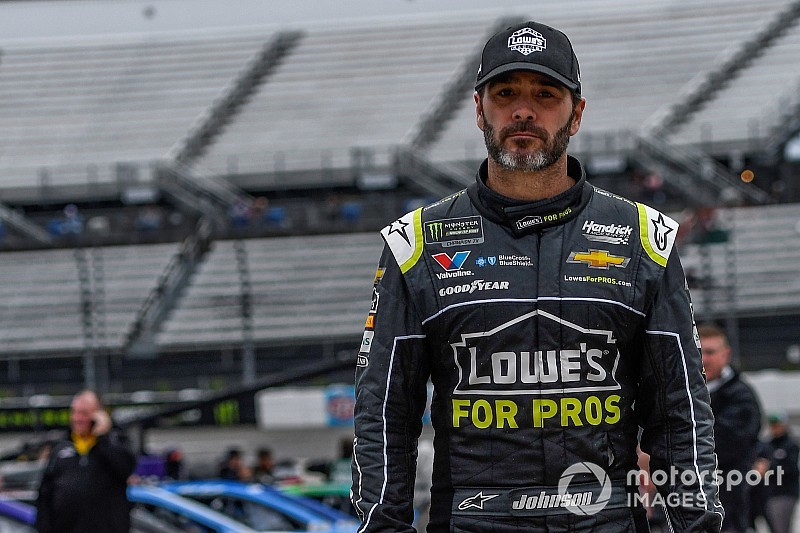 Jimmie Johnson has a new ally in his bid to win a record-breaking eighth championship in the NASCAR Cup Series.

The deal with Ally Financial matches Johnson’s current contract with HMS as a driver. Ally will be featured on the No. 48 for 38 races each season (36 points races and two non-point events), beginning with 2019 Speedweeks.

“This is a proud day for our entire organization,” team owner Rick Hendrick said in a statement. “Ally has built a tremendous brand by putting the customer at the center of their decisions and doing things right. In the same way, Jimmie has always put people first and handled himself like a champion in every sense of the word.

“Ally’s full-season commitment makes a powerful statement about their enthusiasm for him, our program and the direction of our sport. It’s an unbelievable fit, and all of us are thrilled to launch what will be a long and successful partnership.”

GMAC, a sponsor with Hendrick Motorsports over 15 seasons from 1993 to 2007, grew from an associate sponsorship to full-season sponsorships across all three of NASCAR’s national divisions with a powerhouse of drivers including Jeff Gordon, Terry Labonte, Jerry Nadeau, Jack Sprague, Ron Hornaday Jr., Ricky Hendrick, Brian Vickers and Casey Mears. GMAC was rebranded to Ally Bank in 2009 and again to Ally Financial in 2010.

End of an era with Lowe's

Johnson, 43, has been sponsored by Lowe’s Home Improvement since his debut in the Cup series in 2001. He began fulltime competition in 2002 and since then has amassed seven series titles, 83 race wins and 35 poles.

Ally Financial is the 17th new sponsor or renewal for HMS this season. Ally is one of three new sponsors to NASCAR brought on board by HMS (2XU, LLumar and Ricoh are the others).

“We are beyond thrilled to be in the fast lane with Jimmie Johnson, one of the most successful drivers in the history of NASCAR, and with Hendrick Motorsports, a premier organization in professional sports,” said Jeffrey Brown, Ally’s CEO.

“Both share Ally’s passion for delivering results for our customers and for our communities, with a deep commitment to 'do it right' for the people who count on us most.”

Johnson said he would do his part to ensure “it’s the best investment they’ve ever made.”

“Their commitment to leading in both the workplace and the community is something that resonates with me in a big way,” Johnson said of Ally. “They’ve sent a strong message about how much they believe in me and in our team.

“I’m ready to chase more history with Ally on board the No. 48.”