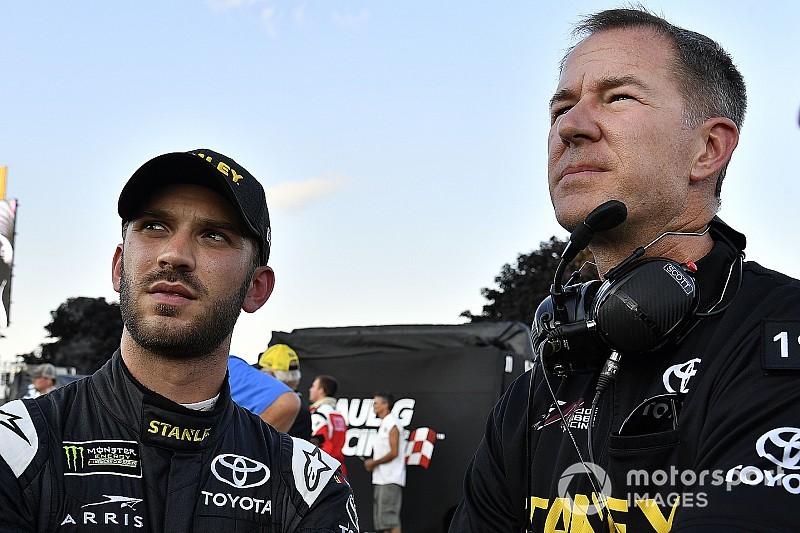 Monster Energy NASCAR Cup Series driver Daniel Suarez is getting a new crew chief for the remainder of the 2018 season.

Joe Gibbs Racing announced on Tuesday that Suarez’s current crew chief on the No. 19 Toyotas, Scott Graves, has left the organization, effective immediately.

Dave Rogers, JGR’s technical director for Xfinity Series operations, will take over as Suarez’s crew chief for the remainder of the year. Rodgers has worked in the past with Cup drivers Kyle Busch, Carl Edwards and Suarez.

In almost two seasons in the Cup series, Suarez – the 2016 Xfinity Series champion – has four top-five and 21 top-10 finishes and one pole in 66 career starts.

He also owns three wins in Xfinity, one in Camping World Trucks and three in the K&N Pro Series East.

Motorsport.com reported on Sept. 4 that Suarez would be leaving JGR at the end of the year and replaced by reigning Cup series champion Martin Truex Jr. along with his crew chief Cole Pearn next season after Furniture Row Racing shuts down.

JGR has not officially announced the Truex move and Suarez has not announced his plans for next season as yet, either.