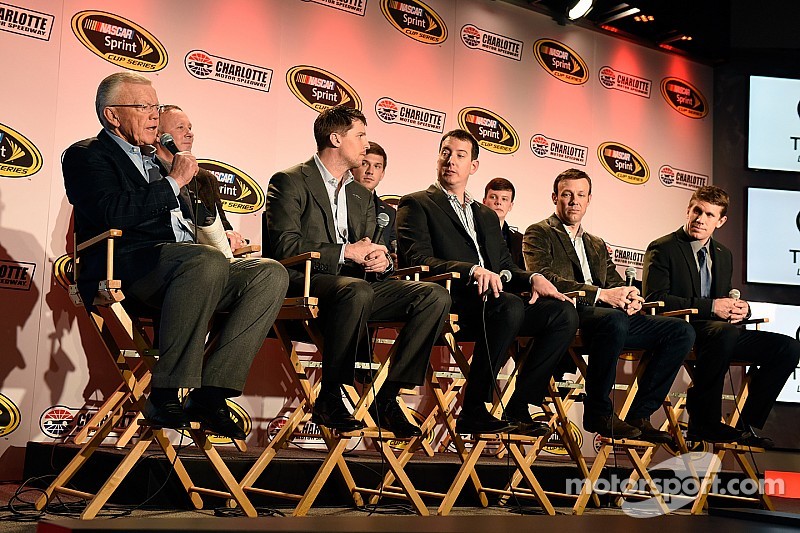 AVONDALE, Ariz. -Half of Team Busch returned to the track on Friday.

In his first day back on the job, Kurt Busch posted the eighth fastest time in qualifying for Sunday's CampingWorld.com 500. He described the response to his homecoming as "overwhelming".

But while one of the Busch brothers was driving a race car at Phoenix International Raceway on Friday, Kyle Busch remains in North Carolina on the mend from his XFINITY Series crash at Daytona International Speedway on Feb. 21.

Busch, 29, is still recovering from multiple surgeries after suffering a compound fracture of the right lower leg and left mid-foot fracture and could be sidelined until June.

The elder Busch described his sibling as being "in good spirits", but yearning to get back in a race car.

"In his head he wants to get back to the track as soon as possible, but you can’t rush the healing of bones and surgeries,” Kurt Busch said. “So we have to keep track of him, to give him things to do and keep his mind in a phase to where he’s not trying to rush it. Hopefully, see him progress at the right pace and then show up back at the track and get the best out of 2015 that he can.

One day at a time

I'm sure coming back he'll probably be a lot more appreciative of the time he's got inside that race car because he knows how quickly it can go away.

“He's definitely paying a lot of attention to the races and what he sees from the outside," Hamlin said. "I think he's very engaged and obviously making the best of the situation that he's got.

“I know when I was out two years ago (after Fontana), it just gives you a different perspective and a different way to look at things. I'm sure coming back he'll probably be a lot more appreciative of the time he's got inside that race car because he knows how quickly it can go away.”

A little off the pace

David Ragan, who is filling in for Busch in the No. 18 M&Ms Toyota for JGR, qualified the car 13th for Sunday’s CampingWorld.com 500. In his first three starts, Ragan has finished 17th, 18th and 22nd. He’s currently 18th in the point standings – four positions ahead of JGR newcomer Carl Edwards.

Hamlin insists that Ragan has performed solidly for the organization in Busch’s absence. Still, the anticipation for Joe Gibbs Racing this season was off the chart with an all-star lineup that included Hamlin, Busch, Matt Kenseth and newcomer Carl Edwards.

But the driver of the No. 11 Fed Ex Toyota – and the longest tenured racer at JGR – feels a void with Busch out of commission.

“It's a shame because we just had our driver line-up right where we wanted it with the four of us,” Hamlin said. “We felt like this was going to be a good thing and I was looking forward to hearing some more feedback from Kyle.

"Obviously, David has done a great job, but we're excited to get Kyle back just as soon as we can just for the reason that this is the four-driver dynamic that Joe (Gibbs, team owner) put together and we hope to bring our race teams, all of them, up to a higher level.