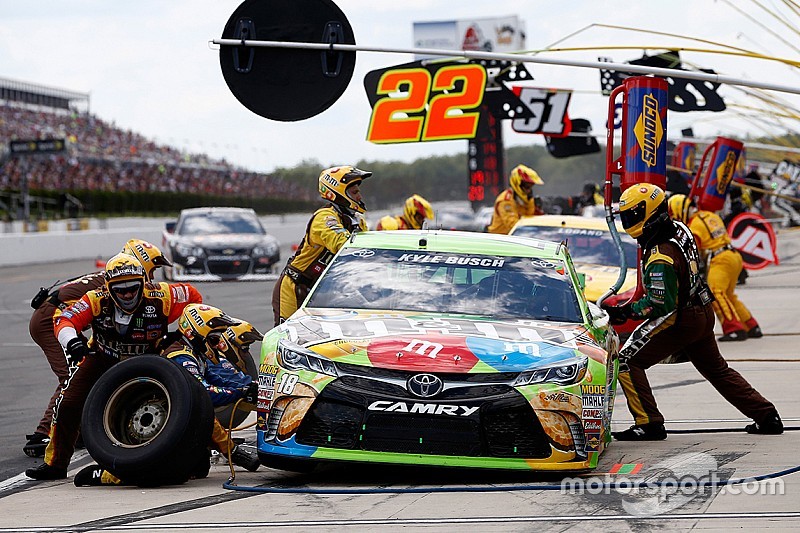 Nick O'Dell served as a Joe Gibbs Racing front tire changer on the No. 18 for the past seven years.

Nick O'Dell has been released from his duties on the No. 18 Joe Gibbs Racing Toyota Camry, driven by Chase contender Kyle Busch.

O'Dell had been the front tire changer on the No. 18 since 2008 when Busch first joined the organization. This season the crew is currently tied for third in the Sprint Cup point standings after winning four races prior to the Chase.

Hamlin's high hopes for the remainder of the Chase

Whose fault was Chicago clash: Kevin Harvick or Jimmie Johnson?