Joey Logano held off a wild charge from Chase Elliott to claim the Stage 2 win at Bristol (Tenn.) Motor Speedway. 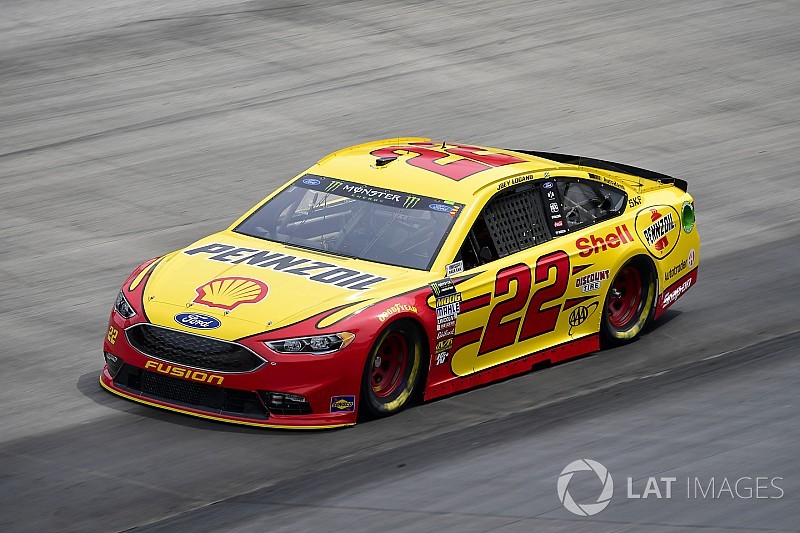 Following the break between Stages 1 and 2, Kevin Harvick was the first off pit road and led the way when Stage 2 went green on Lap 137 followed by Blaney and Bowyer.

Johnson, who was running in the top 10, was penalized for speeding on pit road and had to restart from the rear of the field.

On Lap 138, Elliott powered around Blaney and Harvick and into the lead for the first time in the race.

On Lap 145, Larson got loose in Turns 3 and 4 and nearly lost it but collected himself and continued on, losing just one position on the track.

With 90 laps left in the second stage, Elliott continued to lead as Harvick moved into the second position ahead of Blaney.

On Lap 185, Harvick dove down pit road after saying on his radio that he thought he had a flat tire or loose wheel. That gave up the second position to Blaney with Almirola moving into the third position.

Harvick returned to the track two laps down and running 23rd.

On Lap 194, Blaney made his way past Elliot to retake the lead as Almirola moved into the second position and Elliott dropped to third.

David Ragan spun after contact with Almirola on Lap 199 to bring out a caution. Logano was the first car off pit road and took over the race lead. On the restart on Lap 204, he was followed by Blaney, Almirola and Larson.

During pit stops, Trevor Bayne was penalized for speeding and Austin Dillon and Ryan Newman for having an uncontrolled tire. All three had to restart from the rear of the field.

Larson moved from fourth to second on the restart lap and began to challenge Logano for the lead.

With 35 to go in the stage, Blaney passed Larson to take over the second position and started to chase Logano for the race lead.

Ricky Stenhouse Jr. tagged the wall and had to pit under green with 30 laps remaining in the second stage.

With 10 laps left in the stage, Logano held a small advantage over Elliott followed by Larson, Almirola and Blaney.

Ryan Blaney fends off Harvick for Stage 1 win at Bristol