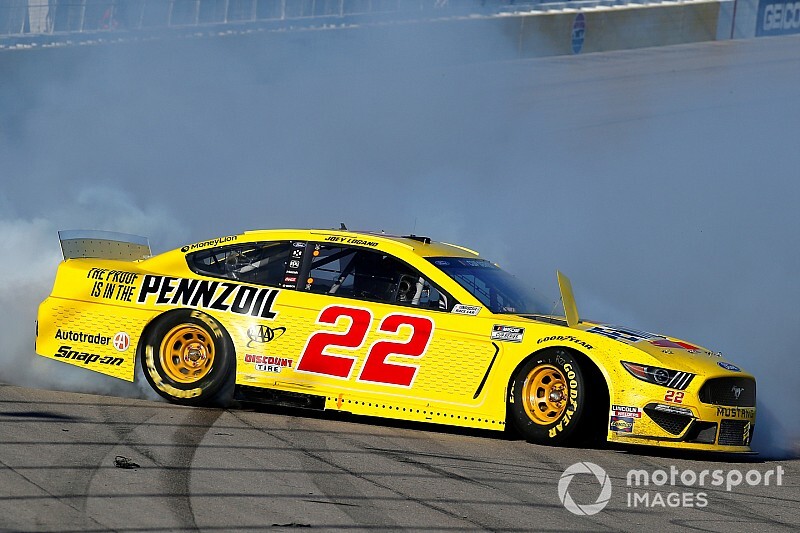 If Las Vegas was the first true test of the new pairing of Joey Logano and crew chief Paul Wolfe, they not only passed but may have set a standard that will be hard to match this season.

In the offseason, Team Penske shuffled its driver-crew chief duos on all three of its NASCAR Cup Series team with Logano getting matched up with Wolfe and what was most of Brad Keselowski’s No. 2 team.

The season kicked off with the Daytona 500, a superspeedway race that operates under its own set of rules, so the stop at Las Vegas was the first race running the aero package that will be utilized most of the season.

It may have been a different crew chief with the No. 22 team but the race ended with the same result as Logano repeated his victory of a year ago.

“Obviously it’s early. This was kind of the first test,” Wolfe said. “I mean, obviously Speedweeks is kind of its own deal. I knew coming out on the West Coast swing was really going to be where we were going to learn and try to understand what we need to do.

“Joey did a good job keeping us up front, keeping our track position, and obviously in these races that’s what it comes down to. If you keep yourself in the top-five, you’ve put yourself in position, depending upon what happens, how it plays out.

“I’ve lost plenty of them being the best car. It just kind of all goes full circle.”

Too early to say?

Logano, of course, understands that one race is a small sample size and Penske teams have been strong at Las Vegas in recent seasons, so it wasn’t a surprise to see he and his teammates do well.

“I think time will tell, but it’s a good start,” he said. “I think we did a pretty good job of pushing each other so far. What I love about Paul is he’s very competitive. So am I.

“He wants to win really bad, and I can see his frustration if we don’t win. You know, you hear him a minute ago, we won the race, and that’s great, but we’re also looking at areas of our car where it was weak.

“There was obviously plenty of strength to our car, and that’s why we won the race.”

Next up is Auto Club Speedway in California, and while Logano has never won a Cup race at the track, his record of late indicates there is a very good chance Logano and Wolfe could score their second consecutive victory together.

“Auto Club Speedway has been a great race track for me in the past. Yet to get a win – that’s the part that stinks,” Logano said. “There’s a big goose egg in the win column. Got to try to get the other side of that.

“Obviously we should enjoy (this win), it’s important, but it’s equally as important right now to figure out how we can be stronger early in the season right now."