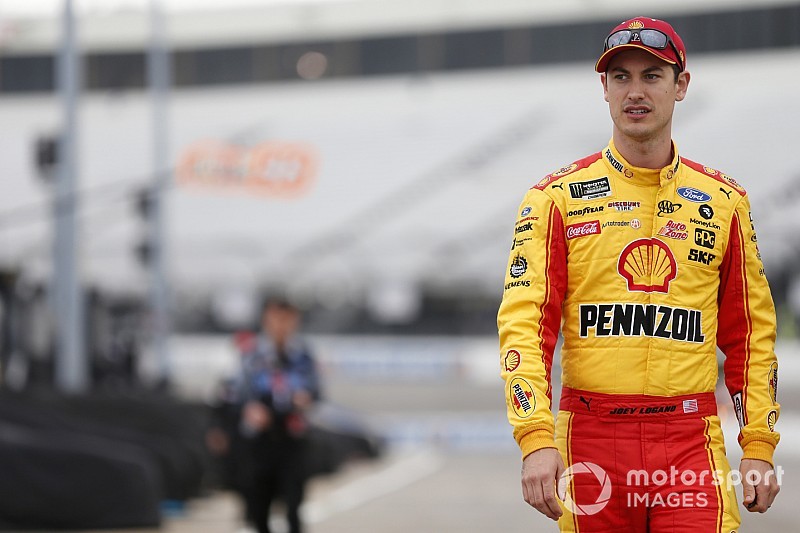 For the third time in as many races Joey Logano felt like he let a win get away from him.

Logano led 54 laps in Saturday night’s Toyota Owners 400 at Richmond (Va.) Raceway but lost some ground after some issues on a pit stop that forced him to work back up into contention.

“We had a car that was capable of winning for the third week straight and we didn’t win,” said Logano. “That part is frustrating. We need to clean up some mistakes on our end.”

A slow pit stop put Logano behind and forced him to work his way back into the top three. He patiently ran down Clint Bowyer in order to challenge Truex for the lead.

“We lost the lead there on a pit stop and we got to get faster there,” said Logano. “That is when we lost control of the race at that point and fell back to third and had a decent green-flag cycle that got us up and then we reeled in (Truex) and (Bowyer) from pretty far back.”

While racing to catch the leaders, Logano worked to save his tires after seeing those in front of him using up theirs while up front.

“I was watching them race and thought that if I was just patient and saved my tires, I saw them coming off the corner sideways every time,” said Logano. “They were a little faster than me but I knew they were going to kill their stuff and they did.

“I got there, I was just a couple laps late getting there. I was able to get to (Truex) but it just wasn’t enough.”

Truex did a good job of making Bowyer and Logano try and pass him on the inside and that wasn’t the preferred line according to Logano.

“It is kind of a double-edge sword,” added Logano. “You go to the bottom and you can’t get the drive to clear them and getting to the outside is pretty tough. Just couldn’t get there. Ran out of time.

Clint Bowyer third at Richmond: "I thought this was our night"

Richmond victory was a personal one for Martin Truex Jr.