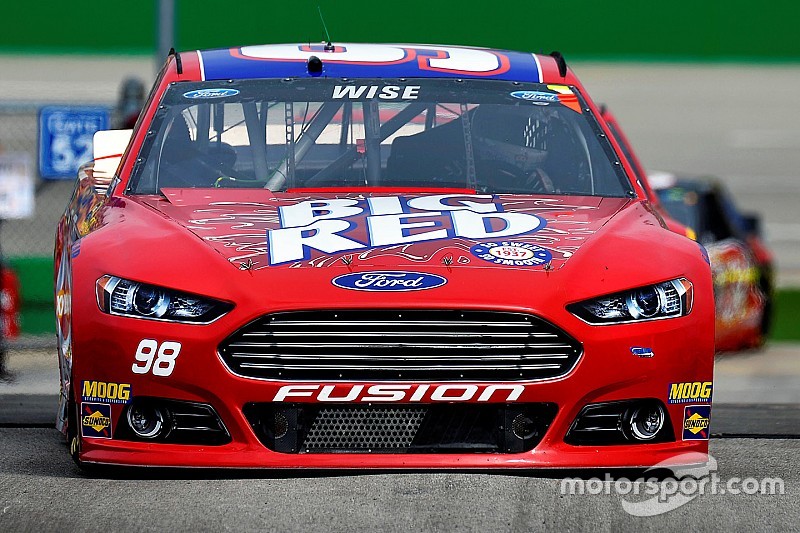 Josh Wise has parted ways with Premium Motorsports and the No. 98 team. The operation was previously owned by Phil Parsons until Jay Robinson purchased the outfit earlier this year.

Wise, who has started 17 of the 18 races run so far this season announced the news via his Twitter page. "I have parted ways with Premium Motorsports. The team and I did not share the same goals moving forward. I wish them the best and look forward to what the future holds."

The 32-year-old joined the No. 98 back in February of 2014 under the ownership of Parsons, starting with the Daytona 500. He earned the first top ten of his Sprint Cup career at Talladega in May of this year. Just a few days ago, the full-time driver of the sister No. 62 car (Brendan Gaughan) also departed from the race team.

It is not yet clear who will drive the two cars weekend, but both are still listed on the provisional entry list.

Racing is alive and well at Kentucky Speedway

Could it be time for a repave at Kentucky Speedway?