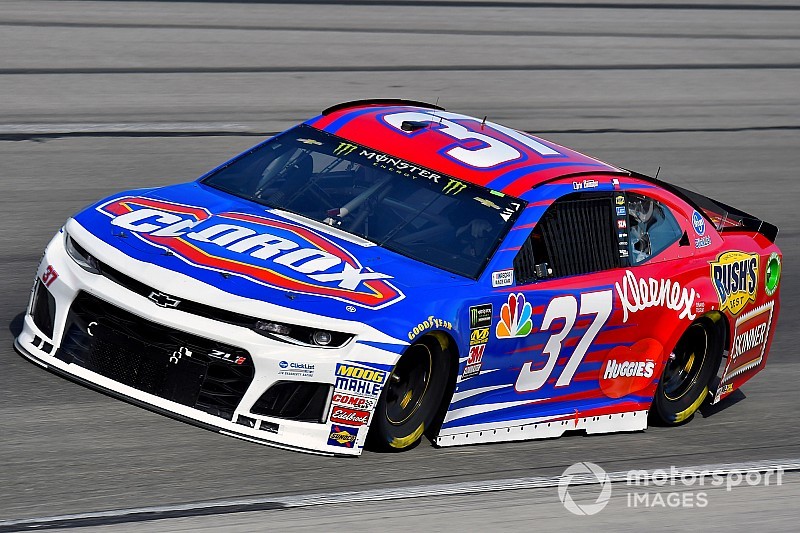 Innovative changes to JTG Daugherty Racing’s sponsorship program and a revamp on the competition side have the organization positioned for success in the 2019 season.

On Wednesday at the NASCAR Hall of Fame, JTG unveiled a new marketing approach with current sponsor Kroger that will change the livery on the organization’s two entries in the Monster Energy NASCAR Cup Series.

The No. 47 Chevrolet, which will be driven by rookie Ryan Preece, will promote the new Kroger.com shopping and delivery options all season long.

The No. 37 Chevrolet, which has typically showcased various brands from week to week, will instead promote different “shopping themes” over the course of several weeks each. The themes involve such things as snack foods, grilling items and foods for tailgating. Those themes will appear on the car in conjunction with the time of the year that consumers focus on such products.

“Kroger is innovating. Now fans across the country can shop thanks to Kroger’s new diversified delivery systems,” said team co-owner Tad Geschickter. “This whole idea of putting themes on the hood of the car, that is new and different.

“What is allows us to do is let brands partner together to speak with scale during times of the year when we know fans are most likely to be shopping for their products.”

Working with so many brands

In addition, all JTG Daugherty Racing advertising during each month throughout the season will encourage shoppers to text a key word that directs the fans to tips, sweepstakes, and Kroger savings for the brands highlighted by the shopper themes.

The mobile technology elements will help both the race team and Kroger evaluate direct feedback from the sponsorship.

“It was really the brands represented here today that pushed this,” Geschickter said. “We had a different brand on the car almost every week and it was difficult to develop any kind of voice or synergy where we could prove any results for them.

“They were just willing to sit in a room and work through ideas and came up this idea of themes related to different times of the year and corresponding shopping habits. We got Kroger to buy in. It was a very collaborative process.”

“From a marketing and media perspective, it allows us to get visuals throughout the sport in a way we couldn’t before,” he said. “Then you have a 360-degree campaign that goes from the stores and through geo-targeting all way to the fan at the track.

“The other big thing is the relationships we are able to build over time, not just with Kroger and the team, but the JTG folks as well, have helped this partnership to grow and come to life.”

On the competition side, JTG had already enjoyed a technical alliance with Hendrick Motorsports but will also begin utilizing its engines this year. JTG will also begin building its own cars.

Geschickter called the changes in the organization from last season to this year “monumental.”

“You have arguably one of the most successful organizations of all time (Hendrick) that we’re going to partner with. The ability to work together with them just makes us smarter,” he said.

“We still got to know what to do with it. But it certainly has been a tremendous partnership so far.”

Preece, who has experienced success in every form of motorsports in which he has competed so far, believes JTG has the tools in place to win.

“With all the changes they have been making it is not only the Hendrick power that has a great reputation for making lots of power, but also the chassis development that they have done. All brand-new, fresh stuff for this year,” he said.

“With me coming from a short track background, something that gets overlooked by some people is having a fresh chassis and all those components to go along with it. That makes a huge deal.”