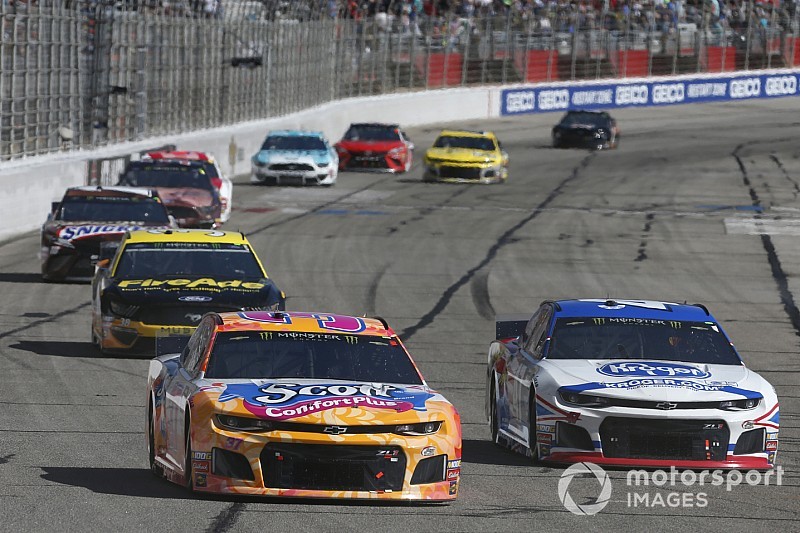 Buescher and teammate Preece were both running in the top 10 before Preece’s accident on pit road ended his chances for a second consecutive top-10 showing in his rookie season.

The last time the team had both of its cars finish in the top-10 in the same race was Daytona last July. Despite Preece’s freak accident on pit road Buescher feels his team is moving in the right direction for sure.

“(Today’s finish) just puts everyone in a good mood and Ryan was running good too and I’m not exactly sure what happened, but I know something a little bit out of his control,” said Buescher. “I think this is a sign of good things to come. We’ve got some more work to do, but heck of a start.”

Preece finished eighth at Daytona last week and with Buescher’s finish in Atlanta Motor Speedway on Sunday, the 2015 NASCAR Xfinity Series champion is excited how the team is performing that will hopefully lead to more solid finishes down the road.

“Yeah I mean if we can go get some wins that is awesome,” said Buescher. “We’ve got a little ways to go to get there, but I sure don’t have any complaints about today. We worked hard. We made big swings, big adjustments to get into the top 10 and be able to put ourselves up there with our Scotts Comfort Plus Camaro ZL1. Just really proud of this group. It’s a lot of hard work that goes into the off-season. It’s cool to see if pay off and see all of our guys smiling afterwards.”

Buescher feels his team can take what they learned from Atlanta and apply it next week at Las Vegas Speedway and maybe even at Auto Club Speedway in Fontana, Calif. As well.

“Yeah, a ton,” he added. “Maybe not so much Vegas, that is a smoother, higher grip race track, but you look at Fontana surface, very similar to this, bigger track, but there is something to be said about the bumps what we did to combat that, what we were doing about clean air. It was definitely something we will apply towards Fontana, a little bit towards Vegas.”

For Preece he tried to explain his version of events on pit road that ended his day early on Lap 271.

“I was just trying to make sure I wasn’t speeding,” said Preece. “And when I looked up, he (BJ McLeod, No. 52) was coming in the pits. So, it’s a mistake. What are you going to do? It’s just unfortunate for us because we were having a really good run.

“Like I said, we are going to have some good cars this year. So, if we can keep that, we’ll be really good at Vegas and I’m just really proud of everybody with JTG and Kroger. There’s nothing else you can do other than that. So, I’m looking forward to next week.”

Keselowski: "Tremendous honor" to get Mustang its first Cup win