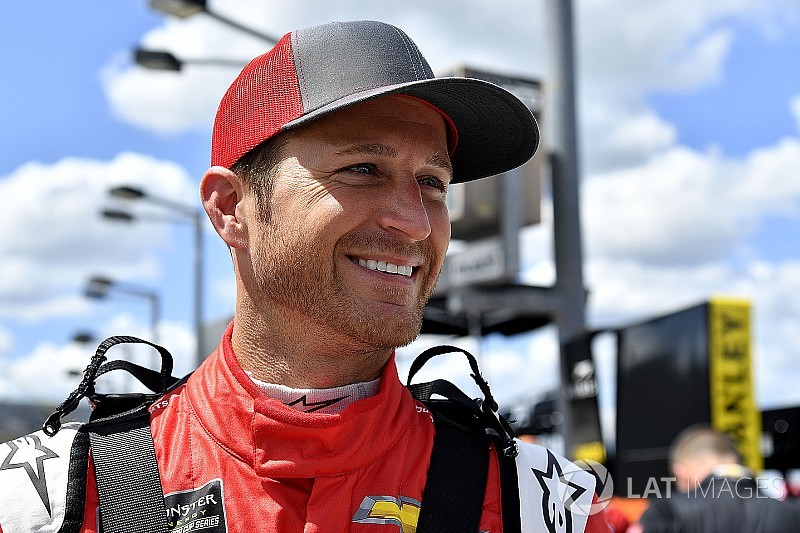 Kasey Kahne will not have the opportunity to defend his 2017 Brickyard 400 victory this weekend.

In a statement issued by Leavine Family Racing, the team cited "lingering effects from extreme heat exhaustion" stemming from the Southern 500 at Darlington Raceway as the reason behind Kahne's absence.

"Following Sunday night’s race at Darlington, Kahne was taken to the track’s care center where he was treated for heat exhaustion.  Several days later, Kahne opted to consult with several physicians who recommended that he sit out from this weekend’s events at Indianapolis until further testing and evaluations are completed," the statement read.

This will be the first Cup race Kahne, 38, has missed since his series debut in the 2004 Daytona 500. It will end an impressive streak of 529 consecutive starts. Additionally, his most recent victory came in this very race one ago, winning the 2017 Brickyard 400 while still driving for Hendrick Motorsports.

Veteran driver Regan Smith will instead pilot the No. 95 LFR Chevrolet Camaro at IMS, making his first Cup start of the 2018 season.

The team says there is no timetable for Kahne's return. Kahne currently sits 27th in the championship standings and barring a repeat victory at IMS, he would have been ineligible for the playoffs. Earlier this year, he announced his plans to retire from full-time competition at the conclusion of the 2018 season.