Kenseth encouraged after Sprint Cup practice for the Brickyard 400 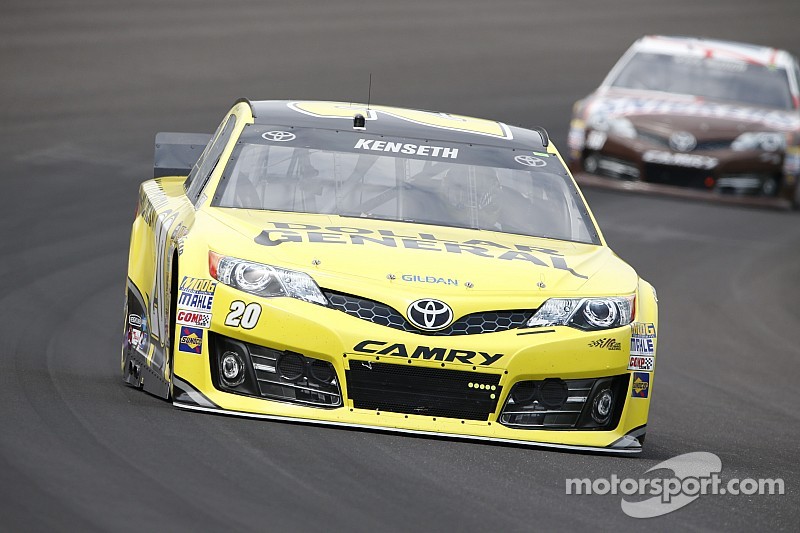 INDIANAPOLIS -- Matt Kenseth posted the fastest lap in the early stages of first practice for the Brickyard 400 on Friday.

Kenseth’s time of 48.313-seconds (186. 285mph) set in his first run, held up throughout the 90 minute session at Indianapolis Motor Speedway.

“I felt like we had a really good hour and a half,” Kenseth said. “It was productive, so one of our goals was to try and get a good lap in case it does rain tomorrow. They always go off first practice speeds and we’ve been bit by that this year.

“We wanted to try to lay down a lap early when the track was as good as it could be and we were able to do that in case there is bad weather for qualifying, then we just worked hard on race trim the whole time.

“Felt like we got through a lot of stuff.  Felt like we gained a lot.  I feel like we’re closer than we’ve been in a long time in balance and in speed.  Still have a lot of work to do tomorrow, but I felt pretty good about today.”

“On the out lap it was really positive on the front,” Stewart said over the radio. “On the time lap into (turns) one and two it was not as good on the front in the exits. Three and four it was a little better on the front.”

Although Gordon’s top lap was 182.408 mph on Friday, Paul Wolfe, Brad Keselowski’s crew chief, believes the No. 24 Chevy will be the car to beat on Sunday.

“It looks like the 24 was really good in practice,” Wolfe told Motorsport.com. “I think we have a top five car, but (Gordon) was the best car that I could tell. He stood out from the field. Outside of that, I think we’re right there with the other cars.”

“It looks like the 24 was really good in practice .I think we have a top five car, but (Gordon was the best car that I could tell. He stood out from the field. Outside of that, I think we’re right there with the other cars.”

While the NASCAR Cup teams will have a one hour, 50 minute practice on Saturday morning to finish dialing their cars in. For now, Kenseth was not only at the top of the speed chart, his No. 20 Toyota posted the best 10 lap average among the 46 cars that practiced on Friday.

Kenseth, who has six top five finishes in 14 starts at Indy including a pair of fifths in the last three events, has always considered this to be “one of our better race tracks”.

“But you really don’t know until you get there and you get into the race - even through practice,” Kensenth said. “Even last year, we had an incredible year and we ran so good at so many places I’ve never ran good at before, but then we went to Indy and we finished well. But we really didn’t run well last year compared to how we ran everywhere else.

"Texas has always been one of my best tracks and the last three races there haven’t been as good as they used to be.  You just never really know.  Like I said, my car drove really good today, so that’s encouraging.

“I feel like every week as an organization, we’re getting closer and getting faster and getting stronger -- putting more cars up in the mix.  I feel good about it, but a lot of things have to go right to have a shot here.  You’ve seen a lot of different races with different strategies and a lot of things happen here.  But, the first part is having a fast car and we seem to have some speed in it, so we’ll build on that.”

For Gordon, Stewart all roads lead to the Brickyard