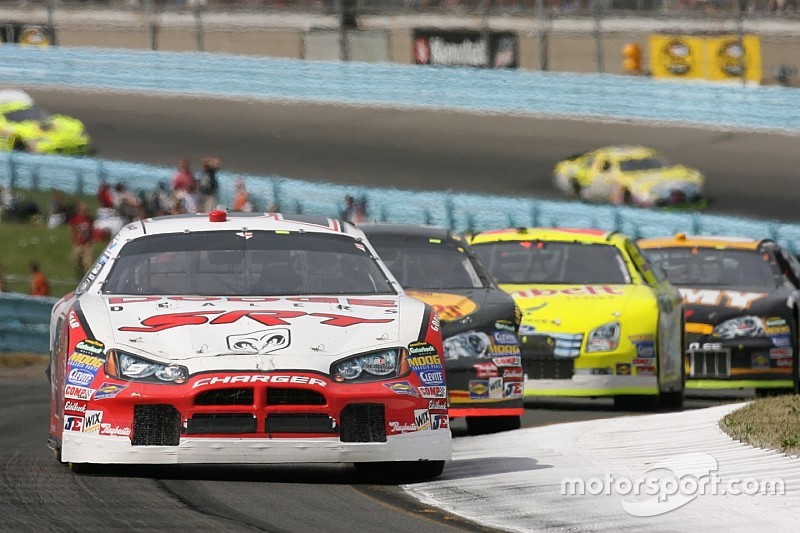 Matt Kenseth reigned supreme at Michigan International Speedway to grab the win in the GFS Marketplace 400. Kenseth led a race high 86 laps, taking the lead for the last time on lap 166. Jeff Gordon tried to run down the No. 17 Ford but with 10 laps to go, Kenseth had almost a 2-second advantage over the field.

It is his third win of the season and 13th of his career.

"We were really tight on that last run and I just tried to back off the corner and not use up the tires," said Kenseth. "In Vegas I ran the front tires off and I really did in Bristol too and in Chicago we were too tight. So, I really just decided to go slow and be in the running, so I saved what I could to the end.

"Thankfully, we had just enough."

Jeff Gordon was second, "What a great fight. We made some great adjustments there on that last pit stop. We were up their battling with Edwards having a lot of fun but we just were out of synch. Unfortunately, the caution came at the wrong time which has been happening to us a lot lately but what a great rebound by this team."

...a couple of laps later it finally let go and blew out and killed the fence.

"We had a really right car at the beginning," explained Stewart. "We just kept working on it and making adjustments. The pit strategy at the beginning really helped us. You sort of had two different groups going and that kind of helped us get up there too. "

"I am real happy," said Kahne. "It's nice I can watch TV this week and not watch myself screw up on the final lap. "

Wrecks were the story of the day after several Chase for the Nextel Cup contenders had problems during the GFS Marketplace 400 at MIS shaking up the top ten contenders. Jimmie Johnson encountered trouble early on, blowing a right front tire on lap three hitting the wall. A caution allowed him to get back on the lead lap and finished 13th.

"These guys just never stop," Johnson commented. "It is really amazing; I thought we could get a top five once we got everything back on track. Then there at the end we got way too loose and I lost a lot of spots. "

Pole sitter Jeff Burton had issues on lap 18 bringing the No. 31 to pit road and ultimately to the garage after an engine failure was discovered, "Yeah, broken engine. But we've had great reliability with our engines and today we didn't. We're in a disappointing race but that just makes it that much more exciting for us and we just have to bring it to the next three races and just do a good job. I'm not down at all; I think this is a great race team. We will overcome this and we'll be fine. "

Moments after Burton was pushed into the garage, Kevin Harvick spun on lap 24. Luckily he avoided hitting anything salvaged an 11th place result. The cautions kept falling as Kyle Busch blew a right front tire and struck the wall on lap 43. He was forced to take the No. 5 Hendrick Chevy to the garage for repairs.

'Typical Michigan luck, I guess," said Busch who finished 39th. "We can go up there. We can lead the race from the beginning of the race. We can have a great race car, a fast race car for that. I must have had a right front tire going soft or something like that because it went off into Turn Three and fenced itself the first time unexpectedly for no reason and then a couple of laps later it finally let go and blew out and killed the fence. "

The elder Busch brother, Kurt, caused a few yellows of his own. The No. 2 Dodge hit the wall twice during the 200 lap event, but it was the second hit that finished him off. He hit the wall hard crushing the right side of the car on lap 129. Busch's string of bad finishes has narrowed his chances of making the Chase this season. He finished 40th.

Notably, David Gilliand making his first start for Robert Yates Racing in the No. 38 Ford cut a tire and hit the wall on lap 54. He wound up 38th; Elliott Sadler driving his first race in the No. 19 Evernham Dodge finished 10th.