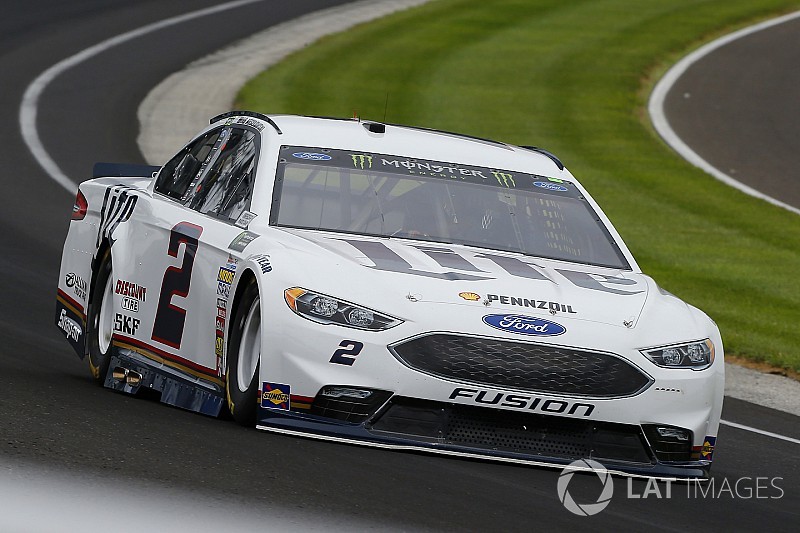 The organization announced on Tuesday that the Monster Energy NASCAR Cup Series driver and crew chief combination had signed multi-year contract extensions "well into the future."

"In the time that Brad has driven for Team Penske, he has risen to the top echelon of stars in NASCAR," team owner Roger Penske said in a statement.

"Brad and Paul have established a terrific, winning combination and they are both real leaders within our team.

"More than just wins and championships, Brad is an important part our relationship with Ford Performance and his work with the Checkered Flag Foundation shows what kind of person he is away from the track.

"There is no question he continues to be a great fit for our organization."

Since joining Team Penske in 2009, Keselowski has earned 22 Cup wins and the 2012 series championship while driving the iconic No. 2 Ford.

In addition, he's won 29 times in the Xfinity series, including the series championship in 2010. He has also been a part of three series owner's titles.

Already this season, Keselowski has two Cup wins and qualified for the 2017 playoffs.

"Roger and everyone at Team Penske have given me everything we need to win championships at the highest levels of NASCAR," said Keselowski.

"As I have said all along, Team Penske is where I want to be and I am thrilled to continue with the organization well into the future.

"I have a lot of years left in the sport and I truly feel our best years are ahead of us."

Wolfe was Keselowski's crew chief when they won the Xfinity series title and Wolfe then joined him on the Cup side for the 2011 season.

They won their first race in their 13th start together.

"There is no one I want helping make my race cars go fast more than Paul Wolfe," Keselowski said. "We have a lot of continuity between the two of us, and really the entire No. 2 Ford team, which is so important in today's NASCAR."

Keselowski has recorded 51 wins while driving for Team Penske, making him the second-winningest driver in team history.

He is just eight victories away from tying Team Penske Hall of Fame member, Mark Donohue, for the top honor.

Dave Pericak, global director of Ford Performance commented:  “We are extremely happy to secure Brad’s renewal with Team Penske.  Brad is an integral part of our Ford NASCAR program, and we appreciate his leadership within the team and among the drivers in this sport.

"We look forward to helping him take Ford and Team Penske to victory lane many more times in the years ahead.”