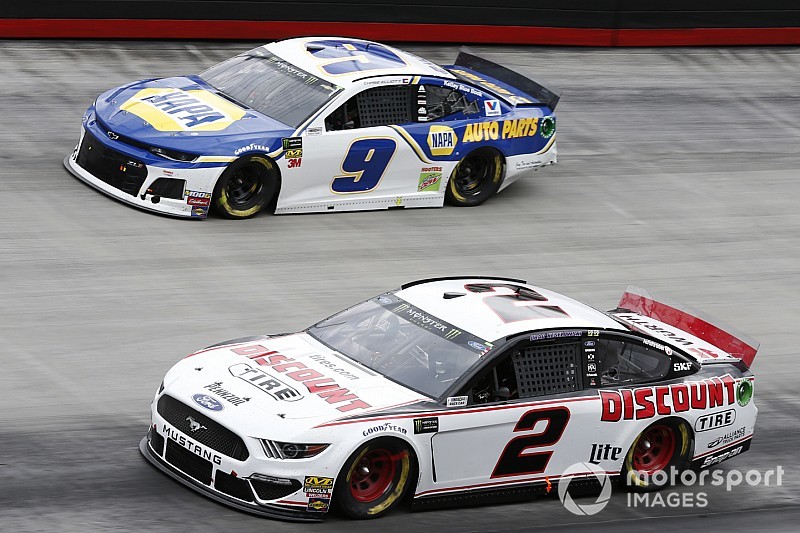 Hendrick Motorsports may have just one win so far this season but its competition in the Monster Energy NASCAR Cup Series likely expects to see more.

Through the first 12 Cup races of the season, Joe Gibbs Racing and Team Penske have combined to win 11 of the events with Hendrick’s Chase Elliott the only other driver to visit Victory Lane.

So, it may have been a bit surprising Thursday when Penske’s Brad Keselowski was asked to assess where his team stood in comparison to JGR and Stewart-Haas Racing and he offered up another organization which now stood out.

“I honestly feel right now the Hendrick cars are the best cars,” Keselowski said at Charlotte Motor Speedway. “I feel like they really came on strong over the last two or three weeks and had some nice updates to their stuff.

“I would expect them to be the ones to beat this weekend.”

Hendrick didn’t disappoint Keselowski in Thursday night’s qualifying session as HMS driver William Byron won the pole for Sunday night’s Coca-Cola 600, at 21 becoming the youngest driver in the history of the event to do so.

Before qualifying, Byron was asked about Keselowski’s prediction for Hendrick’s weekend at Charlotte.

“There is still a lot to accomplish. That’s a good thing,” Byron said. “Their cars were definitely the best at the start of the year. I feel like we’re catching up, for sure. There’s a lot of great cars out there.

“I feel like it’s probably the closest (between the teams) it’s been in a while. And, I feel like we’re starting to be right in that mix. It’s exciting to be close like that and to have opportunities and I know that with the speed that we have, we’ve been looking for that for a while now.

“So, it’s been refreshing to be a part of the mix.”

At Kansas two weeks ago, Hendrick as a team had one of its more consistent weekends of performance.

Three drivers – Bowman (second), Elliott (fourth) and Johnson (sixth) – finished in the top-six and Byron, Elliott and Bowman all led laps, with Bowman (63) leading the second-most in the race.

During last weekend’s All-Star Race activities, Byron picked up a win in the Monster Energy Open to advance to the main event, where he joined teammates Elliott and Johnson who were already qualified (Bowman entered by winning the fan vote).

“I would say last weekend in the All-Star race was our most solid, well-put together weekend really, that we’ve had,” Byron said. “We had really flawless pit stops. We had no issues.

“At Kansas we had a couple of issues with having to go to the back. We’ve kind of had that a number of times (this season). So, we’ve got to just kind of continue to put together races on my end and the team’s end to just make sure we’re in position all night.”