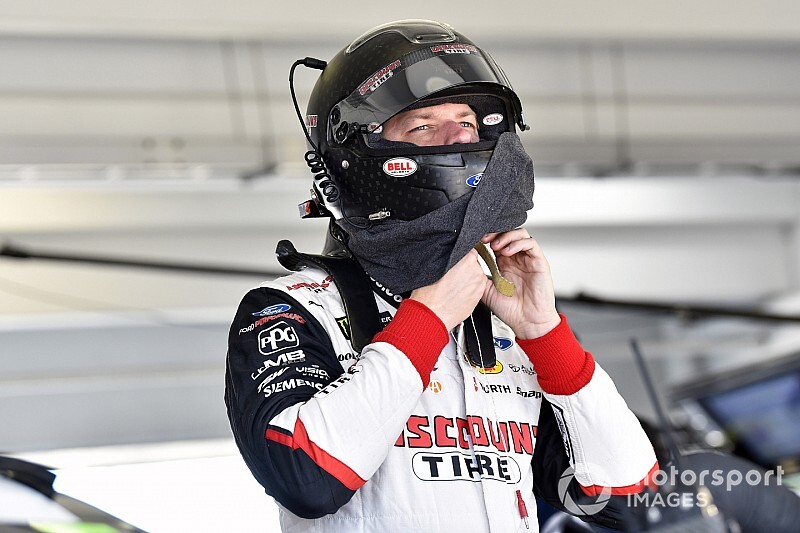 There were many reasons that led to Team Penske’s decision to swap around its NASCAR Cup Series teams and crew chiefs in the offseason but one stood out more than any other for Brad Keselowski.

“I do think the rules change (last season) has had a drastic impact on the drivers and teams’ ability to communicate with each other and value the right things,” Keselowski said Monday at an event at Charlotte Motor Speedway kicking off its 60th anniversary season.

“That dynamic has caused a fair amount of riff and ripples across the whole sport and the easiest way for Team Penske to fix it was this change because it forces everyone to think a lot more thoroughly and different about it.”

By most accounts, Penske’s NASCAR teams had a successful season in 2019 with all three drivers – Keselowski, Joey Logano and Ryan Blaney – winning races.

While all three advanced to the playoffs, none made it to the final four at Homestead-Miami Speedway, which decided the series championship. That was “unacceptable” to the organization, Keselowski said.

Three weeks ago, Penske announced a vast restructuring of its Cup teams.

Paul Wolfe, who has served as crew chief for Keselowski since 2011, moved to Logano’s No. 22 team. Todd Gordon, who had been with Logano since 2013 and won the 2018 championship, moved to Blaney’s No. 12 team. Blaney’s crew chief, Jeremy Bullins, joined Keselowski on the No. 2 team.

“I do think the rules package was a challenge for me personally to embrace and accept. It was lot like being a five-year-old and being pushed into kindergarten – you don’t really get a choice whether you like it or not,” Keselowski said.

“You’re probably not real comfortable with it, but it’s happening, and you better figure it out and embrace it. I could have done a better job at it.”

The baseline of the new package featured a taller rear spoiler, a larger front splitter with 2-inch overhang and a wider radiator pan. The baseline changes were designed to add downforce, a change from recent seasons which saw NASCAR remove downforce.

Larger tracks also saw the use of a smaller tapered spacer to reduce engine horsepower and front aero ducts, which transfer air to the side of the car and away from the front tires.

“You used to get in this car and if you were a good race car driver, you could run every lap within a half-a-tenth or a tenth (of a second). With these rules, the lap time variance is very significant. You might run one lap let’s say around (Charlotte) a 30-flat and the next lap you catch the draft wrong in all the wrong places and you run a 31-flat.

“The teams sees that and goes, ‘What the hell? What is this guy out here doing? Is he drunk? Is he not focused?’ When you’re not winning, when you’re having a bad day, it really puts a lot of stress on the team relationships, driver relationships – that dynamic.”

Asked if he had finally come to terms with rule package, Keselowski said, “I’m still growing – I’m not sure if it’s growing on me or I’m growing on it.

“When you win with it, it’s great. When you’re not winning with it, you feel like your hands are completely tied behind your back and you’re not a race car driver anymore.”