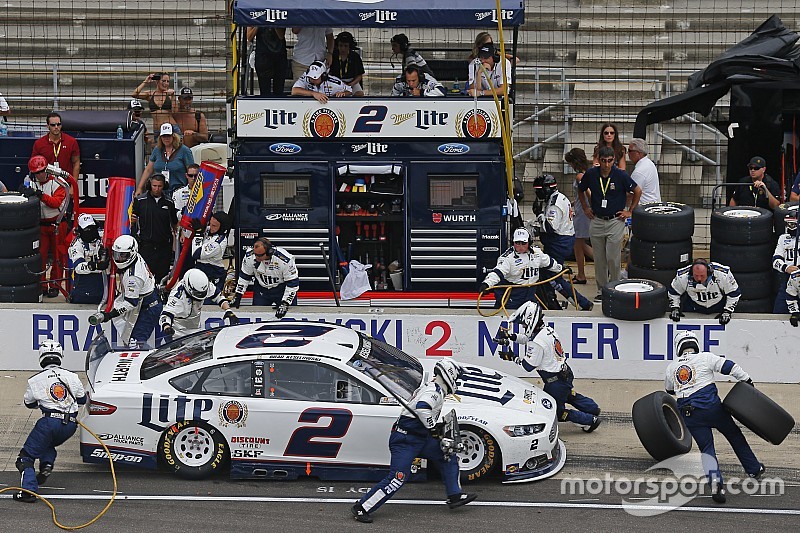 Got your A game for the Chase?

It’s that time of year with teams battling for the Sprint Cup championship beef up their pit crews for the stretch.

The No. 2 Team Penske squad recruited Kyle Power for the rear changer position for former Cup champion Brad Keselowski. The Charlottetown, Prince Edward, Canadian replaced Dwayne Ogles on Tuesday and has practiced with the team “all week”.

“It’s an honor to be with an organization like Team Penske,” Power told motorsport.com.

Power's sports background began as “technical snow skier”. He competed with Bode Miller and played lacrosse in his “former life”. He started in racing as a volunteer. The self-taught mechanic worked his way into a rear tire changer spot with Joe Gibbs Racing.

After three years at JGR, Power joined Roush Fenway Racing where he worked on Greg Biffle's pit crew for four seasons. He joined Greg Erwin (who has subsequently moved to Team Penske) at Richard Petty Motorsports and crewed with both teams inevitably joining Aric Almirola’s squad last year in the Chase.

Power has changed tires for 15 seasons -- 12 years at the Cup level.

Colin Fambrough will move into Power’s position on the No. 43 RPM squad. Fambrough was originally with the No. 9 RPM team. Chris Schuman is Sam Hornish Jr.'s new rear changer.