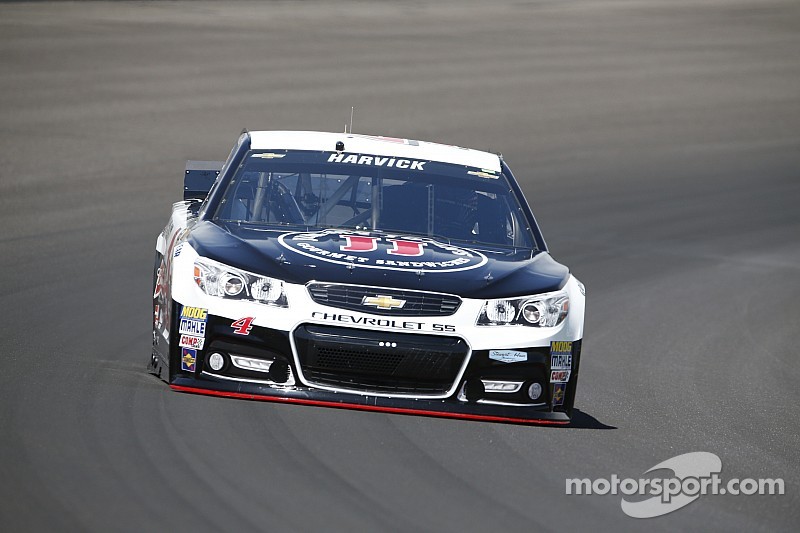 Fastest in all three rounds of knockout qualifying, Harvick earned his fourth Coors Light Pole Award of the season...

Fastest in all three rounds of knockout qualifying, Harvick earned his fourth Coors Light Pole Award of the season, his second at the Brickyard and the 10th of his career.

The record speed of his first lap surprised the driver of the No. 4 SHR Chevrolet.

“After the first lap, I was probably more nervous than I have been in a while for qualifying,” Harvick said. “I wasn’t really expecting to have the car run that fast. From there they are all looking at you, ‘All right, if you screw this up, it’s on you, buddy.’”

The last time Harvick won the pole at Indy, in 2003, he won the race, and he acknowledged the advantages of starting up front.

“You can overcome a lot of things with your track position here,” Harvick said. “To have the first pit stall, to have clean air to start the race—usually your problems will be a lot less than they are in traffic when you’re out front. Hopefully, we can put together a whole day.

Nor is the history of the Brickyard lost on Harvick.

“There’s Daytona, and then there’s nothing quite like this place that we come to,” he said. “It’s a unique race track with a lot of things that have to come together, a lot of history, and I’m excited to be here.”

Keselowski certainly took notice of Harvick’s lap times and gave them their due.

Notes: Aric Almirola hit the outside wall during the first round and went to a backup car. Accordingly, he will start Sunday’s race from the rear of the field. ... Juan Pablo Montoya qualified eighth in Team Penske’s third entry, the No. 12 Ford. ... Brett Moffit, David Stremme and Matt Crafton failed to make the 43-car field.