Kevin Harvick: "Narrow minded" to focus on rivalry with Hamlin 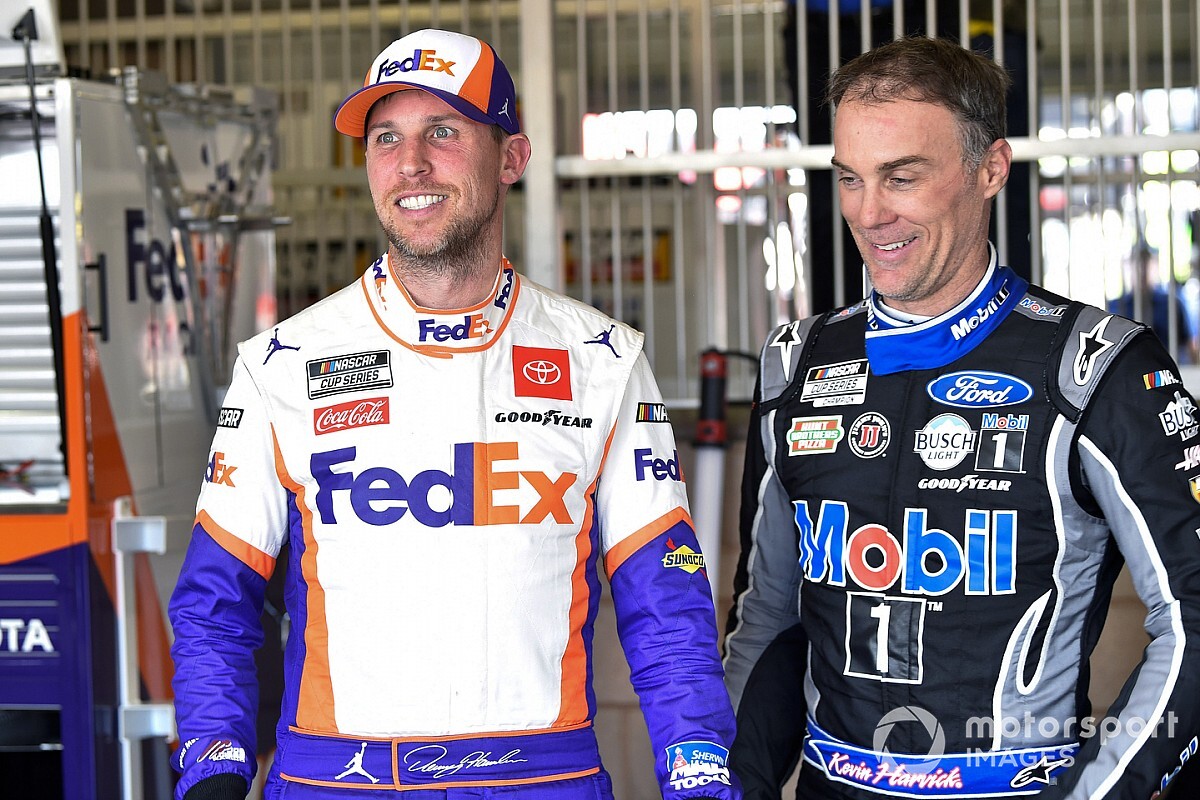 It’s difficult not to want to condense the 2020 NASCAR Cup Series season into a Kevin Harvick vs. Denny Hamlin rivalry.

Together, the two veterans have won 13 of the season’s first 25 races and are split nearly evenly with Harvick having seven wins and Hamlin six.

In fact, four times this season when either Hamlin or Harvick have won a race, the other has followed up with a victory the very next week.

It happened again in last weekend’s doubleheader at Dover (Del.) International Speedway, with Hamlin capturing a win on Saturday and Harvick following with a dominating performance on the way to victory on Sunday.

Sure, other drivers have won, including all three members of Team Penske led by Brad Keselowski’s three victories this season.

But the tit-for-tat manner of the Harvick and Hamlin records this season makes it difficult not to focus on a one-on-one battle.

That’s not how Harvick chooses to view the situation, however.

“I don't think I’d narrow it down to one guy. Obviously, as you look at Denny and his team, they’ve been able to week in and week out be competitive and have won races and done all the things that it takes to keep themselves right at the top of their game,” Harvick said.

“That really has been fun to kind of go back and forth with Denny and his team because we all get along really well but we all want to beat each other on the race track, and when you have that type of rivalry that is really making you perform at the top of your game, it brings out the best in everybody.”

Hamlin is not the only threat

Don’t get Harvick wrong. He realizes Hamlin and his No. 11 Joe Gibbs Racing team are at the top of their game, so attempting to match or exceed their performance is a lofty goal each week.

But NASCAR racing includes a number of variables, many of which a driver or team cannot control.

It’s also not uncommon to see a struggling team hit on something which turns their season around, not to mention the wide variety of tracks which make up the 10-race playoffs. It’s rare to see a team perform equally well on all of them.

So, Harvick chooses not to close the door on any of them at the moment. And regardless of what Hamlin and Harvick accomplish in the playoffs, there will still be two other drivers in the championship race at Phoenix with an opportunity to win the title.

“I think there’s a lot of guys that are going to make up some ground, and I think as you look at the schedule and the different types of race tracks that are in the playoffs this year, there’s just a number of things that can happen,” Harvick said.

“There’s that mix of race tracks with the short tracks in the beginning especially, you definitely see Chase Elliott that has been tough on those tracks, and at some point Kyle (Busch) is going to hit on it and get it all together and those guys can go on a run, as well.

Watch: How to vinyl wrap a NASCAR Cup stock car