Harvick: "I needed about 25 more laps" to pass Kyle Busch 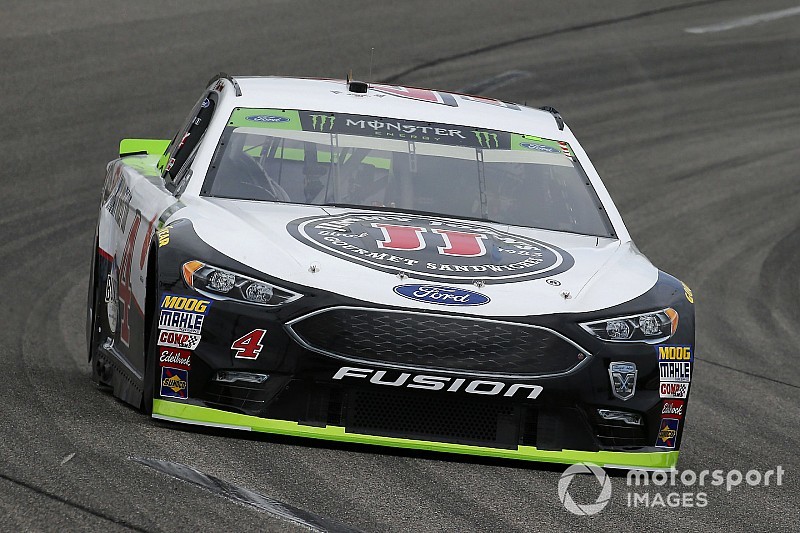 Kevin Harvick ran out of time at Richmond for the win but still left with a big cushion.

A win in Saturday night’s Federated Auto Parts 400 at Richmond (Va.) Raceway would have locked Harvick in Round 2 of the Monster Energy NASCAR Cup Series playoffs regardless of his performance next weekend on the Roval course at Charlotte Motor Speedway.

Instead, Harvick got the next best thing after wrecking out in last weekend’s playoff opener at Las Vegas.

He ran up front from start to finish, ended up second to race winner Kyle Busch and collected a lot of points. Enough points that he needs only to score three in next Sunday’s Bank of America 400 to advance to the Round of 12.

“We were starting to track him (Busch) down there at the end. I needed about 25 more laps,” Harvick said after the race. “I got to thank everybody on our (team). They did a great job on a weekend when we needed to do a great job with all the unknowns going into next week.

“It will be a fun weekend (at Charlotte) but it will be kind of trial and error as we go through the weekend. It was a good night for us here at Richmond and we did a good job on pit road, just came up a little bit short.”

Last weekend’s wreck had left Harvick with a bitter taste in his mouth, but the performance at Richmond – which also included winning the pole on Friday – did wonders to change the No. 4 Stewart-Haas Racing team’s outlook.

“I think we’ve been top-five six out of the last eight, seven out of the last (10 races) now. It's been a solid race track for us, but we just haven't had the winning car,” Harvick said.

“The Gibbs cars have been tough to beat here over the last few years, and we just haven't had the speed that they have had. This time we had speed and were able to race right there with them.

“We’ve been hit-or-miss here, and tonight was a good night to be good.”

Truex rallies from pit penalty to finish third at Richmond