Kevin Harvick loses out on strategy at Sonoma 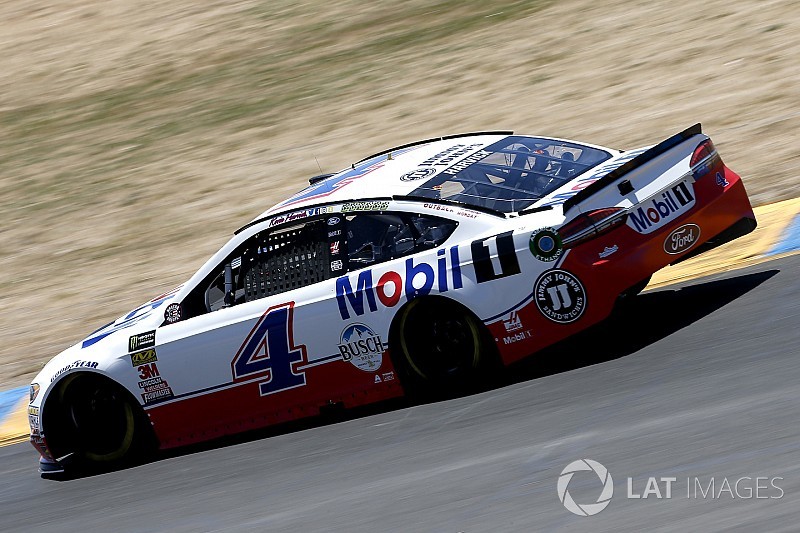 Unfortunately for this year’s five-time race winner, so did Martin Truex Jr. and his Furniture Row Racing outfit.

The result was a runner-up finish for Harvick, the 2014 Monster Energy NASCAR Cup Series champion, on a warm and sunny afternoon that saw his No. 4 Ford lead 35 of the race’s 110 laps.

The margin between Truex, the winner, and Harvick at the checkered flag was 10.513 seconds, and perhaps the result of a bit of sleight of hand from the winning team.

Harvick, the defending race winner, hit pit road for what could have been the final time with 38 laps remaining. Truex, running second, stayed out as did Stewart-Haas Racing teammate Clint Bowyer.

“Pit this time, this time by … OK stay out, Martin, stay out,” Cole Pearn, crew chief for Truex, radioed his driver as Harvick prepared to hit pit road.

The result was fresher tires later for Truex, and with no cautions down the stretch, Harvick was unable to reel in the No. 78 entry.

“I don’t really know what is going on up on the pit box and who is doing what,” Harvick said of the pit strategy calls that split he and Truex. “I just do what I am told.

There were only three cautions in the race – two of which were for stage breaks – putting pit strategy in the crosshairs for everyone.

Truex pitted with 30 laps remaining and was only six seconds or so behind the leader. With 19 remaining, he slipped past Harvick for the top spot going into the tight Turn 11.

Shortly after the lead change, and with Truex beginning to driver away, Harvick went back to pit road. It was a gamble, a hope that fresh tires would pay off if there was another yellow flag.

But the race went green the rest of the way.

“We had a really good weekend and came up one spot short.”

Harvick and Truex were among a small group of front-running drivers who pitted prior to the end of the both stages, giving up stage points in exchange for track position. Both times, the spots lost by pitting early were quickly re-gained as the stages ended and others who had yet to stop hit pit road.

Harvick has already accrued 26 playoff points in addition to his five victories this season. Both marks are tops for the series through the season’s first 16 points races.

Bowyer wound up third, Kurt Busch sixth and Aril Almirola eighth as all four Stewart-Haas Racing teams finished in the top 10. It was the second time this season the organization had managed that feat.

Allmendinger dejected after Sonoma DNF: "I let everybody down"