Kevin Harvick: “I’m not getting out of the race car" 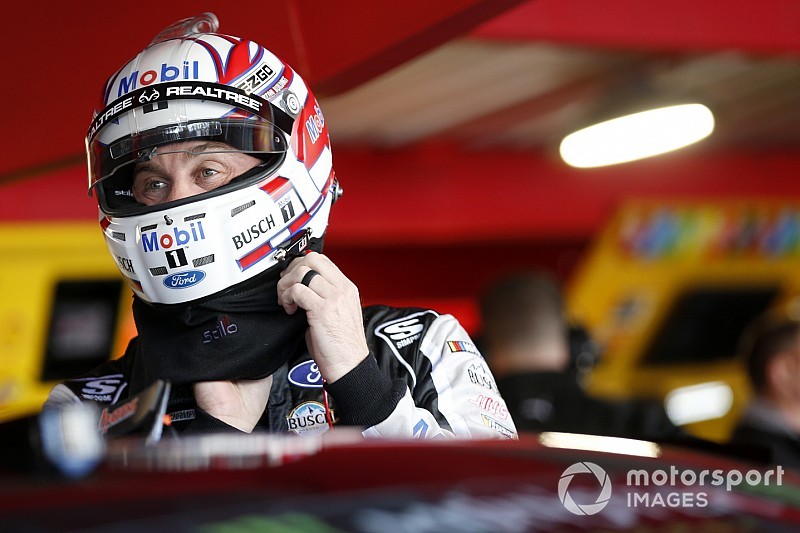 Kevin Harvick may be destined to be a future NASCAR TV broadcaster but he isn’t ready to make that move anytime soon.

With speculation mounting that NASCAR Hall of Famer Darrell Waltrip may retire soon, leaving an open spot in the Fox Sports’ broadcast booth, Harvick’s name has been frequently mentioned as a possible replacement.

The 2014 Monster Energy NASCAR Cup Series champion has also made no secret of his interest in a TV career – but not yet.

“I’m not getting out of the race car,” Harvick, 43, said Friday at Texas Motor Speedway. “I feel really comfortable with where I’m at, in the race car, where my home life is. I feel fairly confident that being a part of TV side of things is something I want to do in the future but it’s not going to happen in the next couple of years, I can tell you that.”

“We have a lot of things that are going really well, the race car is one of them. There’s no way that happens.”

Harvick dismissed reports he is an imminent replacement for Waltrip, or anyone else for that matter. “It’s just somebody looking for a headline,” he said.

Harvick said he has numerous contracts – including with his Stewart-Haas Racing team – that extend through the 2021 season. His current competitiveness also gives him no reason to rush into retirement, he said.

Harvick has seen his only Cup title and 22 of his 45 career Cup wins come since his 38th birthday. He is currently ranked third in the 2019 Cup series standings.

“The more you talk to people who retired and did things it’s always like, ‘Man, I wish I would have just stayed in the competitive situation I was in and not tried to do something different or quit too soon,’ ” he said.