Kevin Harvick will try for his third consecutive playoff victory at Texas Motor Speedway with the best view. 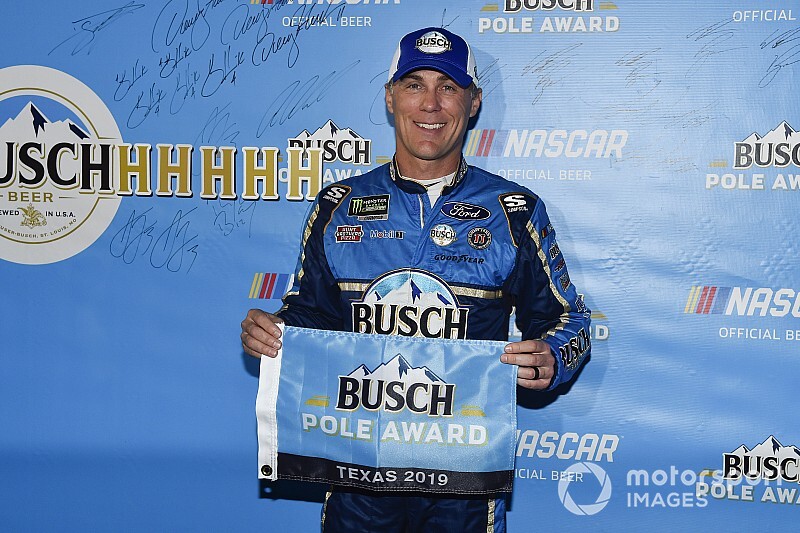 Harvick’s average lap speed of 189.707 mph led the way in Saturday’s qualifying and gave him the pole for Sunday’s AAA 500 at Texas Motor Speedway.

Harvick has won the last two playoff races at Texas, although his victory last year was declared “encumbered” and he couldn’t use it to advance to the championship race.

The pole is Harvick’s sixth of the season – the most of any driver – and 31st of his career. His only previous pole at Texas came in the 2017 spring Texas race.

“The best part is our car drove really well in race trim yesterday and still had a lot of speed and put it in qualifying trim today and still made speed,” Harvick said. “So, hopefully, we can keep our track position.

“As you saw the last race (here), you want to be up front and you want to be on the right cycle of rotation of pit strategy. Having that first pit stall is definitely an advantage here. It will be a track position game and hopefully we can play it right and keep ourselves up front.”

“So, it’s difficult to know what that needs to be. Our car was really good in the 20 to 25 laps we ran in a row a couple times yesterday and hopefully it will feel good tomorrow as the track widens out and we get into that PJ1 (traction compound).”

The cars of Stenhouse, Austin Dillon and Jimmie Johnson all failed pre-qualifying inspection twice. They each will lose 15 minutes of practice next week at ISM Raceway near Phoenix.

Stenhouse and Dillon had their respective car chief ejected; Johnson had a team engineer ejected for the remainder of the weekend.