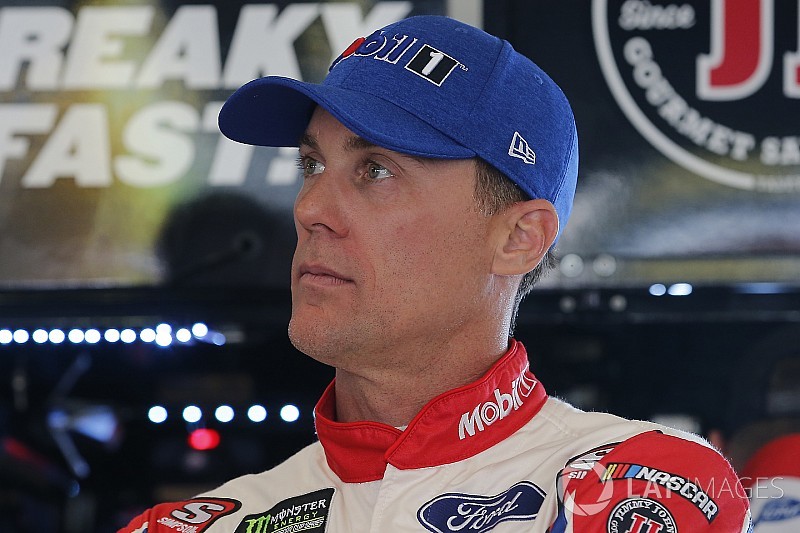 Harvick, who now has a series-high six wins this seasons, has never won at Pocono. He topped the leaderboard with an average lap speed of 174.965 mph, which he set very early in the 55-minute session.

“Rodney (Childers, crew chief) and the organization itself has put a lot of effort into this particular weekend trying to get to Victory Lane and take that race off the list,” Harvick said.

“It’s a place I enjoy going – not so much the place I enjoyed going in my previous life before I came to Stewart-Haas Racing. It was never a track we ran very well at, but we’ve come to find out that if you have the cars where they need to be and the people around you, things are much different.”

About 14 minutes into the session, J.J. Yeley spun off Turn 2 but was able to keep his No. 23 Toyota off the wall.

Brad Keselowski reported electrical problems on his No. 2 Ford about 18 minutes into the session and completed just one lap before he returned to the garage.

“I went to one battery and it seems to be trying to work here,” he said over his team radio. “It shut back off. I have power but it last for three seconds tops.”

Keselowski was able to return to the track with about 17 minutes left in the session. He ended up 18th fastest and completed nine laps.

Reed Sorenson sat out the final 15 minutes of practice for being late to pre-qualifying inspection at Chicagoland.