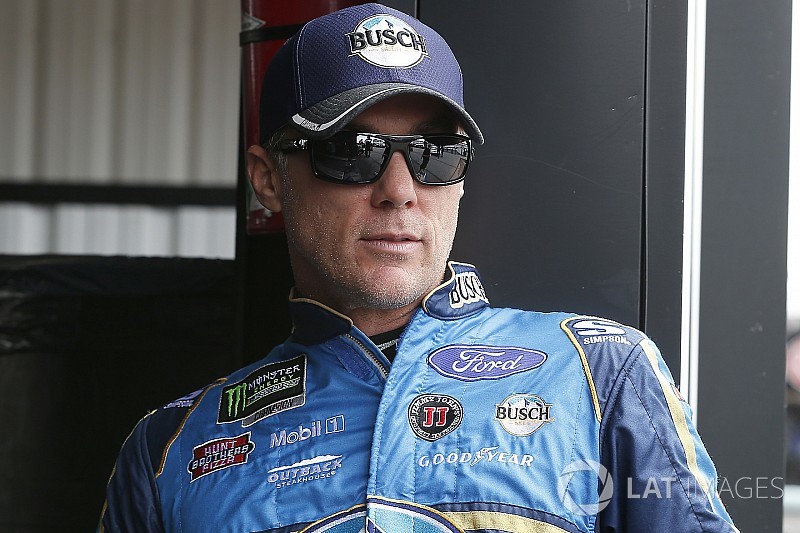 Kevin Harvick believes aspiring drivers face a critical choice: continue to chase their NASCAR dream or move into a specialty for which they are best suited.

On Friday at Chicagoland Speedway, Harvick said he thinks Will Rodgers has reached such a point in his career.

Rodgers won his fourth consecutive road course race in the K&N Pro Series with his victory at Sonoma (Calif.) Raceway last weekend. A year ago in the same race Rodgers finished runner-up to Harvick and gained notoriety for his performance.

“I think Will is doing great and has capitalized on the things that happened last year at Sonoma and took the advice of going and running all the road course races and he has won all of them,” Harvick said.

“In NASCAR racing, I think Will has the potential to go into the Truck series or Xfinity or Cup Series for that matter and be competitive on any road course today. It is just a matter of getting those opportunities.

“The oval track stuff is going to be his biggest challenge to learn.”

Rodgers, 23, has been running a mix of K&N and ARCA races this year and is a member of the NASCAR Next class. His ARCA schedule focuses on oval tracks, while most of his K&N races have been on road courses. He will compete again in the August road course event at Watkins Glen (N.Y.) International.

“In my opinion, Will falls into that category of if you are a world class road racer, how long do you chase the NASCAR dream? When do you say, ‘Okay, I am going to go do what I am good at?’ ” Harvick said.

“Obviously he is a very, very good road racer and it is just a matter of how long do you spend the time chasing the NASCAR dream and trying to get the opportunities on the oval. Should he be chasing those world-class opportunities in sports car?

“There are a lot of road racing opportunities across the world where you can make a pretty good living and win some pretty cool races. When do you say you are wasting your time and you could be a world-class road racer earning X amount of dollars?

“A lot of these young kids want to chase something and develop something instead of chasing their actual real talent.”

Chase Elliott has caught himself "overreaching" in challenging season