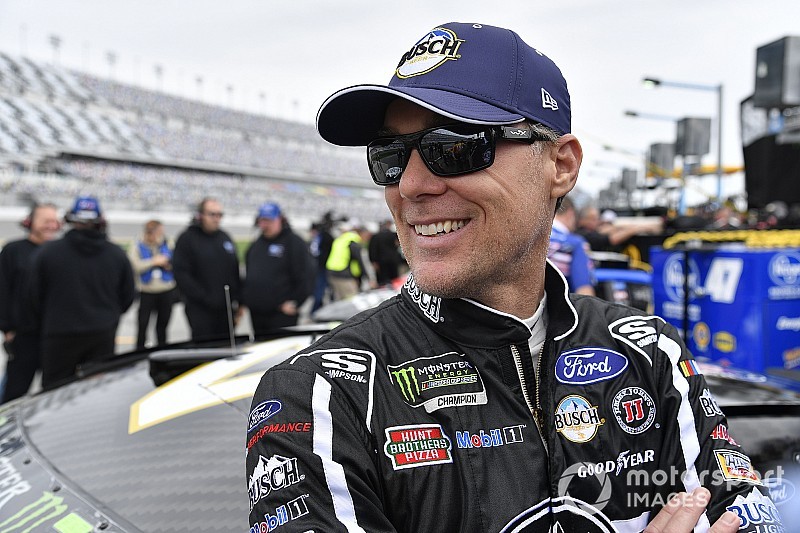 “I felt like I kind of let them down the other night, kind of turning their strategy off in the Clash, not pitting when we had planned on pitting,” Harvick said. “I felt like we probably could have put ourselves in the same spot leading the race and had a car that was fast enough to do that.”

Thursday night under the lights at Daytona International Speedway, Harvick reversed his misfortune, leading a race-high 44 laps in the first qualifying race, holding off Ricky Stenhouse Jr. to claim the win.

“(Thursday) was about execution of getting onto pit road, getting in the pit box, putting the fuel in the car, getting down pit road, all those little things,” Harvick said. “Those are the things I tried to focus on.”

After the 43-year-old driver passed William Byron on Lap 16 on Thursday, Harvick took control and led the rest of the race on his way to the second Daytona 500 qualifying race victory of his career.

“The strategy (Thursday) worked out well,” Harvick said. “We got onto pit road well, put gas in the car well. My team was able to get us the lead. Our cars have been fast. We just didn’t have the track position last Sunday.”

Harvick will start fourth Sunday in what will be his 36th Cup Series race at Daytona. The California native has two wins at Daytona in the Cup Series, including a Daytona 500 victory in 2007.

With the Clash and Duels in the rear-view mirror, Harvick is feeling confident heading into Sunday.

“I felt like our cars have been driving good in practice,” he said. “I felt like my car drove good (Thursday) when we were following Paul (Menard) and those guys early in the race. I haven't had any signs throughout practice, throughout the Clash or throughout the race (Thursday) that pointed towards anything that the car was going to handle bad.”

As for the racing this weekend, Harvick expects Sunday's 500 to be comparable to last year’s season opener.

“It's just so much different when you get all the cars out there,” he said. “You have the lines that have so much more momentum than what they’ve had, especially when you start putting stage points out there and things in the middle of the race.

“I think it’s going to be very similar to what we had last year.”