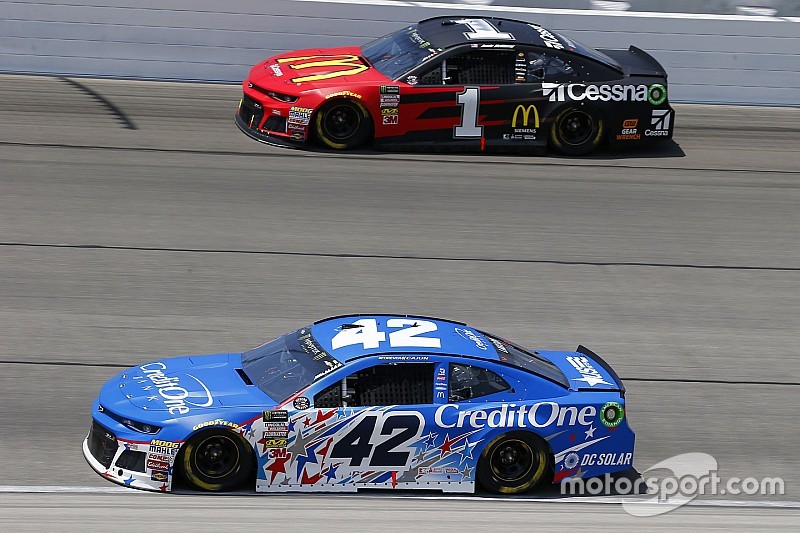 Kurt Busch says his move to the Chip Ganassi Racing NASCAR Cup series team for 2019 was made appealing by it being "streamlined" two-car outfit.

The smaller operation means Busch will have more resources available to him than he would in a larger outfit.

Busch said: “The way that I look at Ganassi and all of his motorsports platforms - IndyCar, sportscars, NASCAR - all these champion-type drivers and situations, there is nothing different with the quantity of the cars and equipment and effort.

“What I see, is more of a quality of the two-car program with Larson and myself and streamlining the cars and having that transparency amongst the two.

“I don’t see much difference in it. I just see more of a concentrated effort in making sure that the cars go to the track, and there is that communication that is completely black and white and wide open.

“That is what I’m looking forward to the most because sometimes in a four-car programme if one car goes through tech, the other one might not necessarily go through the same way.

“By the time you get to a fourth car things are very different.

“I just like a challenge with this whole thing of switching and going after a fresh start and having a guy like Kyle Larson who is going to teach me some things about how the new trend of driving style is going.”

The 2004 series champion added that he and Ganassi want to push the team towards a title in 2019.

Ganassi explained why he hired Busch.

“First of all, I think as anyone knows, it’s not often times a NASCAR champion and a Daytona 500 winner comes available,” said Ganassi.

“I think when you’ve got a guy that’s a racer like Kurt, who with 30 Cup wins, he has won at every place like Daytona, Charlotte, Bristol, he has won the All-Star race of his bigger wins.

“You know, when somebody like that comes along you’ve got to take a serious look at him.

“It didn’t take me long to say yes, when he became available.”

Busch has made a habit of signing short-term contracts in recent seasons.

When asked if his new deal was one year in length, Busch said: “Right now I’m all in, no matter what it’s going to be.

“Whether it’s 36 races and a championship run or as a pact like Chip and I have talked about along with Monster.

“If we come out of the gate gangbusters and we’ve got five wins by July Daytona, well let’s talk about 2020."