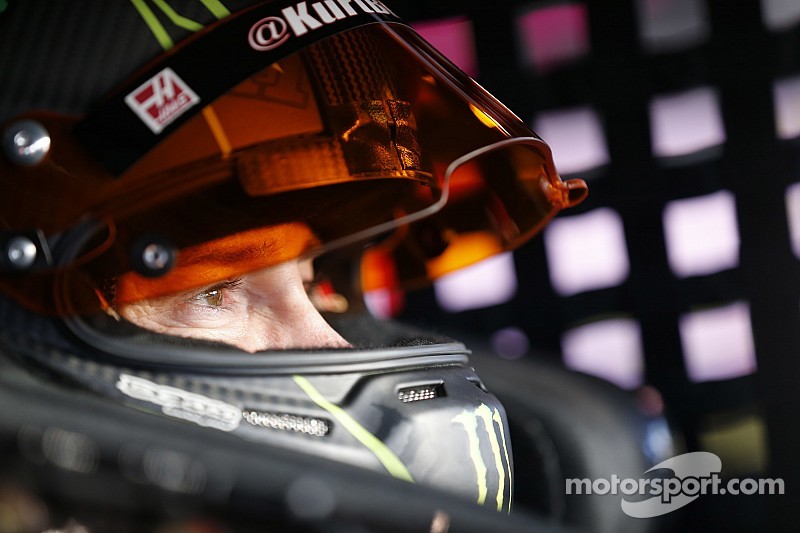 Busch returns to the track with renewed determination.

AVONDALE, Ariz. – Kurt Busch was greeted with a warm reception as he entered the garage at Phoenix International Raceway on Friday morning.

The 2004 Cup champion barely passed the first few transporters before a reception of hugs, handshakes and support from his peers ensued.

“It’s home,” Busch told Motorsport.com. “It’s what I’ve done for the last 15 years. The friends in the garage area, the family at Stewart-Haas…it’s exciting to drive a car at 200 miles per hour and when that’s taken away from you, I did everything in my power to get to it.”

In the comfort zone

In his first time back in the No. 41 Haas Automation Chevrolet, following a three-week suspension from NASCAR for allegations of domestic abuse from a former girlfriend, Busch quickly knocked off the rust and shot to the top of the speed chart in race trim early in practice.

It feels real good to sit in this seat.

“I figured something out with the track, the shock change was good,” Busch said over the radio. “Thank you guys, it feels real good to sit in this seat.”

With three races remaining in the season last year, Stewart-Haas Racing swapped Busch’s team with Danica Patrick’s No. 10 crew led by Tony Gibson. The team had made tremendous gains with each race and worked to build their relationship over the off-season.

While their momentum was temporarily stalled during Busch’s absence, his SHR teammate and current Sprint Cup champion Kevin Harvick said, “I think that you will see that car run well immediately this weekend and have a good weekend.”

The teammates developed a friendship when Harvick raced for Richard Childress Racing and Busch drove for Furniture Row Racing, who shared a technical alliance. Harvick realizes Busch’s savvy behind the wheel and his contribution as a colleague.

To have Kurt back in the car is an asset to everybody at Stewart-Haas Racing and from a performance side; and everything that he does inside that race car is a benefit to us.

“I think everybody is just excited that we’re able to just kind of put it all behind us,” Harvick said. “And to have Kurt back in the car is an asset to everybody at Stewart-Haas Racing and from a performance side; and everything that he does inside that race car is a benefit to us.

“So, we’re definitely looking forward to just worrying about racing the car.”

Picking up where they left off...

Despite Regan Smith performing admirably in Busch’s absence, it’s not the same as having a driver in the car with eight Chase appearances and 25 Sprint Cup wins. The team replied in kind with an exceptionally stout car.

“It was a great feeling to know the car was right there,” Busch said. “It was fast. It’s always been fast. Tony Gibson builds great cars. He has great leadership with all of his crew members. I was privileged to team up with him for the last three races of last year. The first three races, those are gone for this year.

“It’s great to be back in the car and see the car go fast. That’s my job. (Team owner) Gene Haas said, ‘Go out there and drive.’"

With NASCAR introducing a new rules package for 2015, Busch doesn't feel he's at too much of a disadvantage rejoining the tour at a one-mile track such as Phoenix International Raceway where aerodynamics is less of an issue than it would have been at the last two tracks - Atlanta and Las Vegas.

Busch's 2005 win at PIR came prior to the redesign, but three of his 13 top 10 finishes came after the mid-2011 project including a seventh-place finish with Gibson in November.

For now, Busch will adopt a measured approach.

“I don’t need to crawl before I walk, I think I can walk into a run," Busch said. "Today’s practice was a walk and we’ll get to that running part because the others have drafting practice with this new package and I don’t. So it’s nice to be on a short track where nobody’s been before. If we went to three mile-and-a-halves in a row, it would be tough to keep up right away.

"We’ll work on Phoenix right now. We have tomorrow’s practice, a big race on Sunday and then Fontana – that’s where I’ll get to experience the high speeds and draft. That will be a big learning curve on Sunday when we’re out there racing.”

Busch’s only stumble along the way? The new driver-adjustable track bar.

“That was the portion of ‘let’s walk first before we run',” Busch said with a laugh.